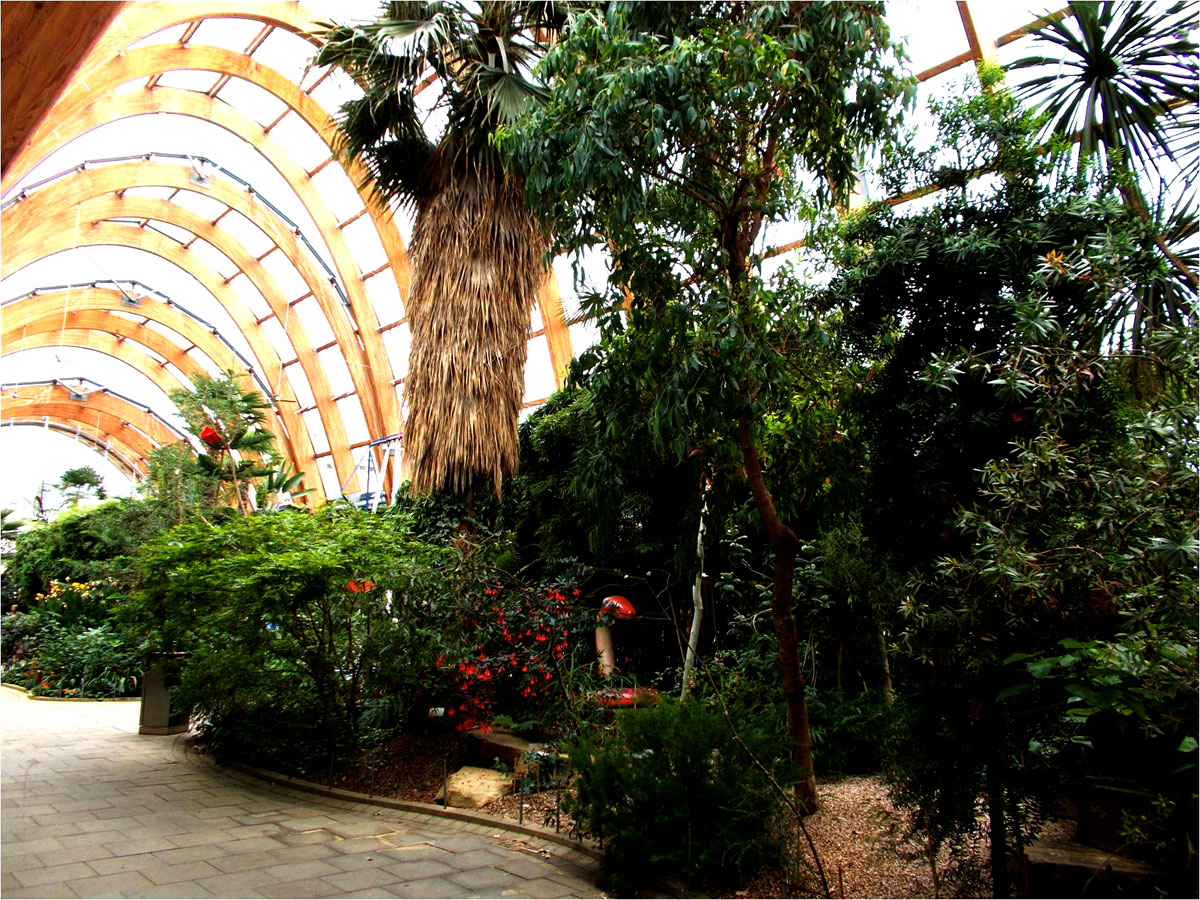 We’ve already taken an extensive look at the best places to view the Tour de France 2014 Grand Depart in Sheffield – but what is there to do around the event? If you’re coming to the Steel City for the whole weekend, then you’ll be looking to fill your time with plenty of activities.

Considering this; we at the Wheelie Good Guys have put together a guide on some of the best Sheffield has to offer. The places provided give plenty of scope for visiting Tour fans to explore whilst they’re waiting for the day of the race.

As a city steeped in rich industrial history; and one that has also been on the receiving end of some significant investment over the past decade, it possesses plenty of fantastic places to explore. All are reachable through cycling; and within the close vicinity of Sheffield. Here are out top picks: 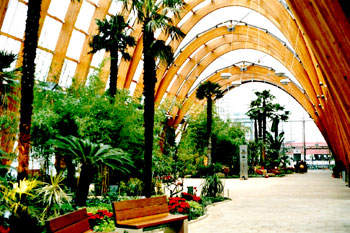 As one of the largest temperate glasshouses in the UK, the Sheffield Winter Gardens are a must-see for those who are new to the city. This fantastic sanctuary of greenery in the city centre is very popular with Sheffield residents; and provides a great home for a range of vegetation. There are 2,500 plants from the world housed in the building; which is 22 metres high and 70 metres long – or large enough to hold 5,000 domestic greenhouses. There are also links through to cafes and the Millennium Galleries, which are also covered in this guide. Admission is free to the magnificent gardens, and the city centre location ensures easy access for those staying in the city. 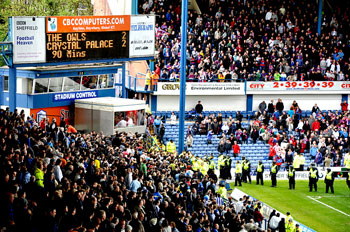 As one of world’s leading sporting events; the Tour de France encompasses everything that is great about sport. Fans of the cycling phenomenon will appreciate great examples of sport through history; and even if you are not a football fan; the two stadiums in Sheffield are rich with sporting culture. Hillsborough plays host to Sheffield Wednesday, once one of the leading sides in the English leagues. It was also the venue for three group matches and a quarter-final at the 1966 World Cup. It also hosted games during the Euro 1996 tournament. Tours cost £10. Wednesday’s bitter rivals United play at Bramall Lane, which is the oldest stadium in the world still hosting professional football matches. 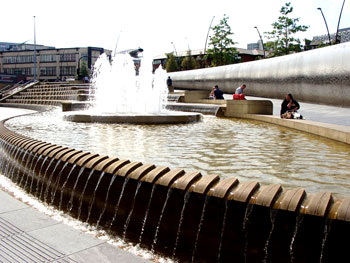 The train station was recently re-designed; and now provides an architectural beacon for the city that blends stylized contemporary and traditional design ideas. The station is the busiest in South Yorkshire; and provides links to both the tram and rail networks. The unique metallic spike feature that runs down the exterior of the train grounds doubles as a fountain; and provides a magnificent example of modern design that encapsulates the steel industrial history of Sheffield. The new development was opened in 2006; whilst Sheffield station is set to feature in the new HS2 high-speed rail network proposals if they go ahead. 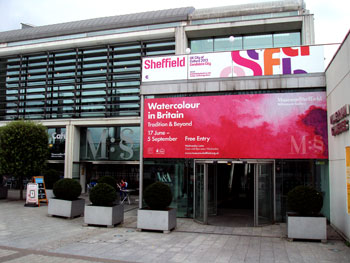 Set right in the heart of the city, the Sheffield Millennium Galleries are a hub for art, design and culture within the city. They were opened back in April of 2001; as part of the regeneration project for the city. A visit to the gallery could easily be combined with a viewing of both the train station and the Winter Gardens. The building is made predominantly from concrete and glass; and possesses a series of galleries within its interior – two permanent collections and two temporary exhibition spaces. 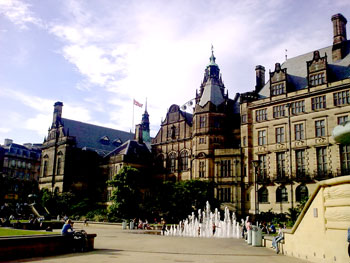 As part of the ‘Heart of the City’ Sheffield development project; the Peace Gardens and the surrounding area were invested in to ensure a magnificent central space in the city centre would be available to residents and visitors. A number of excellent restaurants and coffee houses blend in with the area which leads in to the Winter Gardens. The area was considered to be one of the most important within the re-development of Sheffield; as it is completely central within the city. The glorious fountains and gentle patches of greenery ensure this vibrant space is consistently bustling. 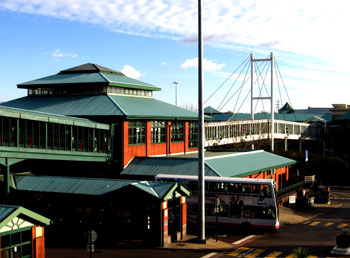 Very popular not only with residents of Sheffield; but also many visitors from surrounding cities; Meadowhall draws crowds from far and wide. Accessible from both Rotherham and Sheffield city centre; the surrounding roads of Meadowhall will play host to the finale of Stage 2 of the 2014 Tour. As such; it will be incredibly popular with fans over the weekend; as its close proximity to the roads of the race ensures that it will be a well-trodden location for fans looking to keep busy as they wait for the race to arrive; and after it then finishes in Yorkshire. The area will be absolutely teeming with fans; and it is recommended that those looking to get a good view come extremely early. Meadowhall opened in 1990 and is in the top 10 largest shopping centres in the UK. 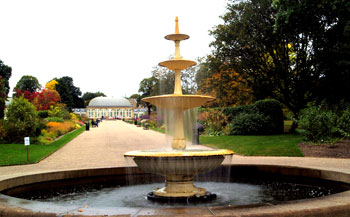 Covering over 19 acres; these glorious gardens are yet another green space in close proximity to the city centre. As arguably the greenest city in Europe; Sheffield has no shortage of these spaces; but the Botanical Gardens is without doubt a particular highlight. They were recently stored for close to £7m worth of investment, ensuring their reputation as a beautifully-landscaped beacon of tranquility. There are over 5,000 species of plants at the Botanical Gardens; which are near to the bustling Eccelsall Road area of the city. The grounds contain a renovated Bear Pit; which used to house two bears until the 1870’s. 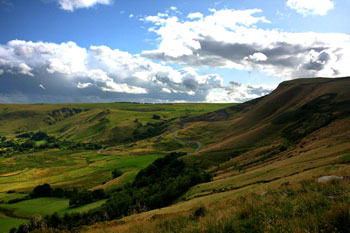 Where to start? If the crowds of the Tour become too much; or if you just feel inspired to cycle, then the Peak District National Park is right on Sheffield’s doorstep. The sheer scale of the Peak District ensures that even with the vast numbers expected to descend on Yorkshire for the Tour de France; there will still be plenty of room for happy cycling. There are plenty of links on the Wheelie Good Guys site detailing some excellent places to cycle in the Peak District area; which is 555 square miles in size and covers sections of Derbyshire, Staffordshire and Cheshire. From rolling hills to natural valley galleries; sweeping moorland to rolling streams; there really is something for everyone. The 2014 Tour is only going to improve exposure for the area; ensuring that the imprint of the 2014 Grand Depart will remain long into the future. 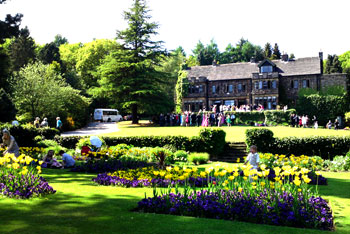 A real hidden gem – set slightly further out from the city centre than the Botanical Gardens. The area of Whirlow has long been touted as one of the most picturesque residential areas to live in the country; and Whirlow Brook Park is a wonderfully secluded, uniquely designed treasure of the city. Explore the grounds which contain gentle ponds, stunning gardens and intriguing greenery. The beautiful 39 acres of land also contain Whirlowbrook Hall; as stunning venue for events including weddings and conferences. 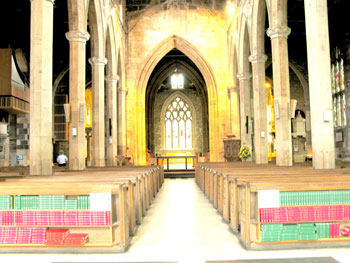 Finally, Sheffield Cathedral is another magnificent landmark on the skyline of the Steel City. Those interested in traditional architecture should be sure to visit this iconic building. The cathedral is one of five Grad 1 listed buildings in the city; and is accessible via the Supertram network.