– Portland Beacon of US Cycling 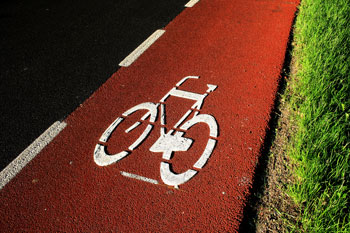 Participation in cycling is undoubtedly on the rise in the UK. Recent sporting events and a drive towards improving the conditions for cyclists within this county are bringing its relevance further into the eye of the nation.

With the importance of reducing carbon emissions a prevalent topic across the world; and with health and fitness even more important than ever, cycling is being championed as a cause that is worth throwing some serious weight behind.

There have been some steps taken in the UK to improve cycling infrastructure; with improvements coming as it becomes a more prevalent topic of national political discussion. Subsequent funding has begun to improve, but there is still plenty of work to do – and much we can learn from other cities across the world.

Only last week a London bus driver was caught on a cyclist’s head cam; driving up onto the kerb to angrily block off two riders in a dangerous manner. The incident just went to further highlight the continuing tension that needs serious investment to improve.

The UK can look to learn from other counties which have successfully integrated cycling within their transport infrastructure on a greater scale. By taking the best aspects of the work done across the world to improve cycling infrastructure, we can learn valuable lessons of our own that we can apply towards improving cycling conditions in the UK. 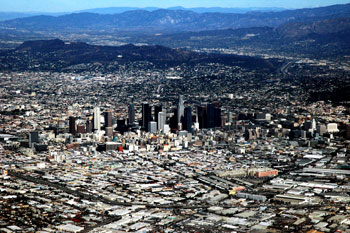 LA Bike Trains is a free weekly initiative which was set up by Nona Varnado in Los Angeles. Participants get free access to rides led by proficient cyclists through Los Angeles; which are designed to help them better understand how they can cycle safely within the city.

Their experienced urban cyclists ‘harness the safety of riding in a group while kicking it up a notch by making the ride a fun social experience.’ The concept embraces the idea of riding in groups and actively educates the locals on practical route solutions in Los Angeles. 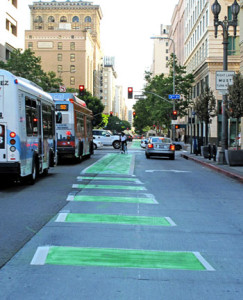 As a means to encourage cycle commutes within a notoriously motor-centered city; the Bike Trains system provides a logical step towards increased cycling participation. The model works around the understanding that taking gradual steps towards improvement can pay dividends in the long run.

Integrating cycling infrastructure as a means for change within one of the busiest cities in the world takes understanding such as that shown within the Bike Trains scheme. The presence of cyclists within the city will naturally grow as participation in the project continues.

By advocating cycling within the cycling community political obstacles are avoided, at least initially. Then by the time they become a necessity the community that has already been built will be far greater in size; and more able to influence political change of cycling infrastructure.

Cycling safety is of paramount importance to us here at Wheelie Good Guys. We are delighted that we are able to provide a resource which lets readers gain access to completely free cycling personal injury advice.

If you’ve ever had a general query that you’ve wanted answering surrounding the legality of a personal injury cycling claim, or you want to seek advice for someone else; you can leave a contact for Wosskow Brown personal injury solicitors by contacting james@wheelie-good-guys.co.uk or by interacting with them directly via our forum. 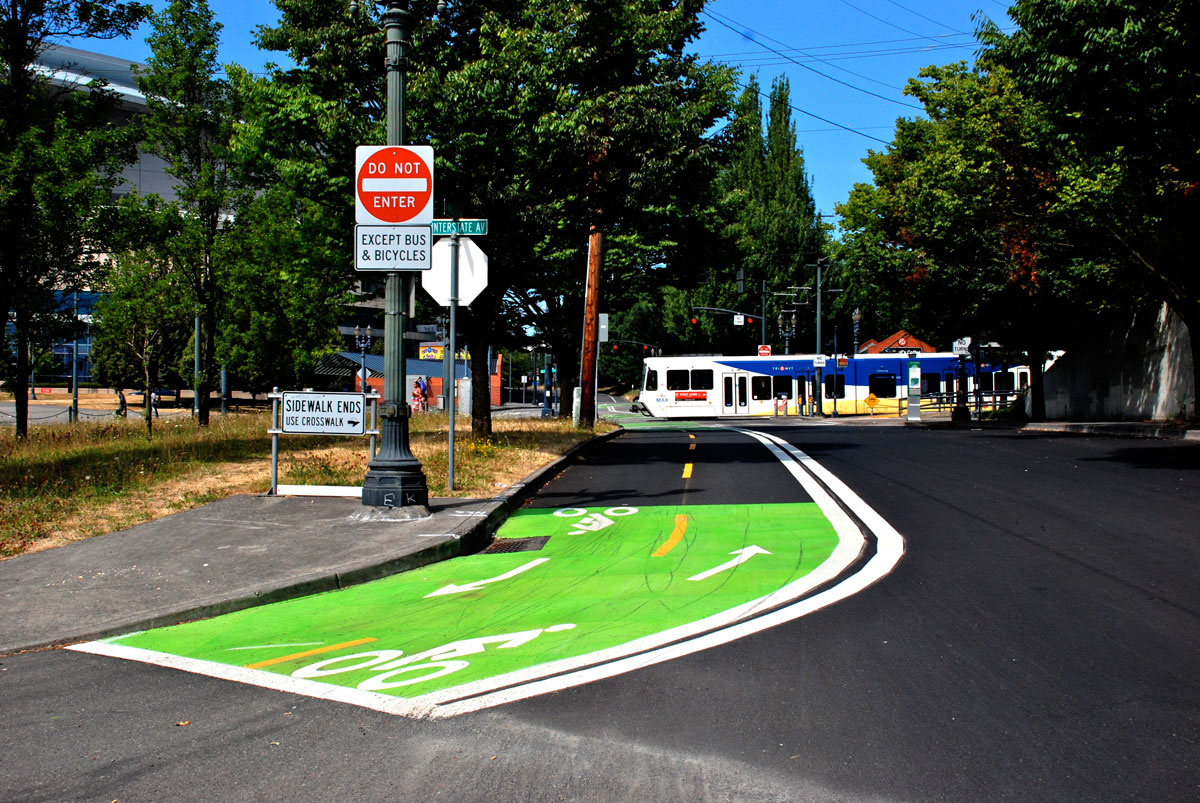 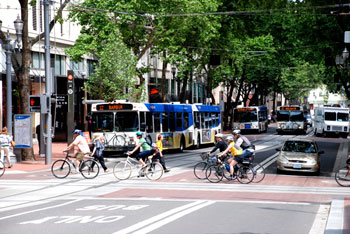 Elsewhere in the US, there are other cities that are championing cycling as a means for change. Portland, Oregon has the greatest number of cyclists per capita in the US, and is leading the way as the beacon for cycling in the nation.

Bicycle boulevard projects and off-street trails such as the Eastbank Esplanade have helped to raise the appeal of cycling to locals since the turn of the new millennium. Bicycle wayfinding signs and HAWK signals have also been widely implemented, with all those things helping to make Portland a sustainable city for cycling.

Looking forward, the Portland Bicycle Plan for 2030 is set to take cycling in the city to the next level. Nearly 300 miles of safe, new bikeways are planned in the initiative; which will also see better bicycle parking and the monitoring and evaluating of bicycle facilities and programs. 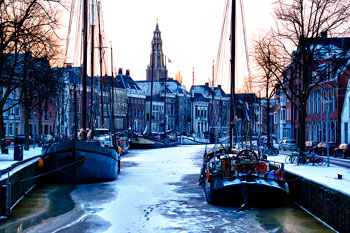 Naturally, whenever the topic of improving cycling conditions crops up, it is impossible not to mention the Netherlands. As a country it has embraced cycling in a way that is unparalleled elsewhere in the world.

There are many cities that set a high standard to follow across the Dutch nation; with Groningen receiving particularly strong praise. Nearly 60% of all journeys in the city are taken by bike, with entire sections of the city centre impossible to reach by car without travelling wildly out of the way.

The city has been developed in a way that means 90% of employees live within just 3km of the city; meaning that cycle commutes are far less taxing and therefore more widely participated in. By excluding cars from the city centre, cyclists have a motor-traffic free route through a large proportion of Groningen’s central areas. 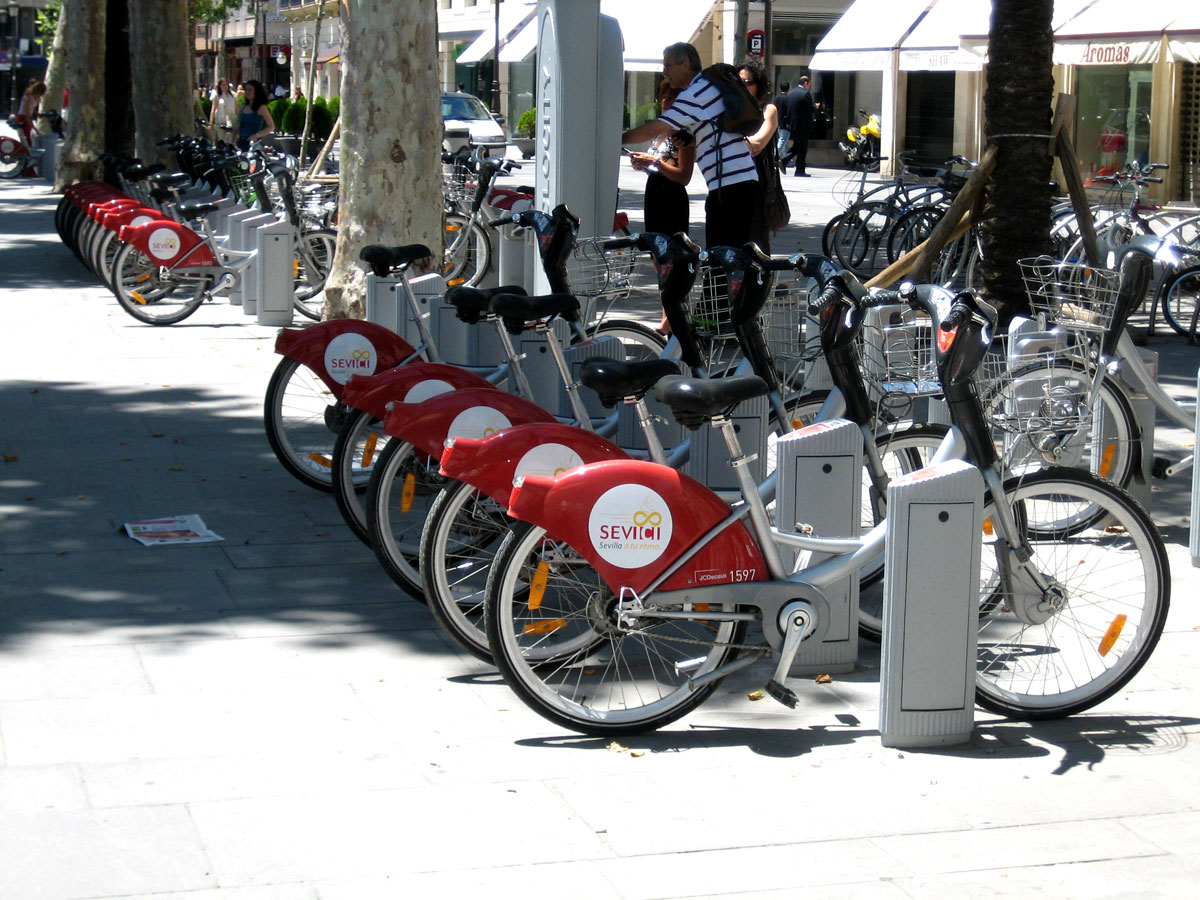 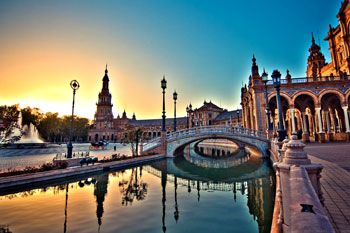 For sheer transformation the picturesque Spanish city of Seville has become a leading example of successful adaptation to modern day cycling. Thanks to revolutionary political interest, 80km of cycling infrastructure was implemented within just one year of change towards cycling being accepted.

Cycling journeys in Seville have more than trebled, showing that change can be introduced in an extreme way. The bike share system within the city has been cited as one of the main reasons for the success of the scheme; with its ability to encourage participation obvious.

When you see that the number of cycling journeys per day has increased by over 60,000 a day since 2006, you can see that dreaming big can pay dividends. The 80-mile Dutch-influenced network of cycle lanes put in place by politicians was perhaps the largest driving factor behind the success. 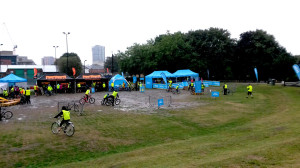 There have been events in the UK to encourage cycling, and they are a great way to raise awareness and further encourage participation. Sky Ride events take place throughout the year across many of the UK’s cities – providing a great platform to highlight the issues mentioned.

This was evident at Sky Ride Sheffield, which saw thousands turn out in the Steel City for a day of closed-circuit cycling. The traffic-event was a resounding success, despite torrential conditions felt from the aftermath of Hurricane Bertha.

Newcastle, Manchester and Hull have also felt the benefits up North and have all generated fantastic interest. We’ll continue to look out for relevant local events here at Wheelie Good Guys to share information on with you.

Have you come across any great cycling safety concepts on your travels? Do you have any suggestions for how cycling could be improved within this country and further afield? Send us your thoughts to james@wheelie-good-guys.co.uk and we’ll publish them on the site.