Stormy weather and dipping temperatures aren’t enough to deter a lot of us cyclists from riding; but dreary conditions can sometimes leave you longing for sunnier climbs. Despite the doom-mongering of the UK media there are still plenty of warm days to come this summer, but looking further ahead why not let the good weather continue with a city cycling break in October.

With countless European countries to choose from, you can book a trip that is tailored to you. So for a long weekend break – to fill with cycling and places to see – here are some great suggestions for cycling trips from the cycling experts at Wheelie Good Guys: 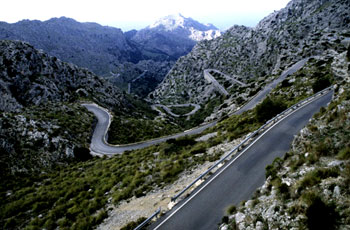 As we continue to mention on the Wheelie Good Guys site, Majorca is becoming increasingly popular as a destination for holidaying cyclists. The North-Eastern side of the island – where Puerto Pollenca is based – is relatively untouched compared to the more commercial south-west.

Trails by the beautiful Majorcan beaches can quickly turn to mountainous terrain, with many hidden gems in the upper realms of this most popular of Balearic Islands – including the ancient monastery of Lluc. Puetro Pollenca typifies the picturesque qualities of Majorca, and despite its popularity it is un-spoilt.

With so many charming locations to cycle to and from Majorca can provide a beautiful backdrop for cyclists of all abilities; with sufficiently challenging routes that can test even the most hardened of lycra-enthusiasts. Biking is becoming increasingly popular in Budapest; a city which presents an intriguing backdrop for some city cycling. Liberty Bridge, Buda Castle and the Hungarian Parliament are just some of many highlights of the city itself.

But it is the Danube – the second largest river in Europe – that perhaps presents the greatest attraction. The monolithic river presents a permanent geographical marker to cycle alongside on journeys that can be as long or as little as you wish them to be.

For a truly epic and ambitious ride why not attempt the Danube trail from Vienna to Budapest. 218 miles in length; this would require a slightly longer break depending on your cycling ability. Up until late October the weather should be perfect for riding, with a mix of cooler days and broken sunshine.

If you know of any cycling clubs, cafes or organisations in Sheffield that would be interested in featuring permanently on our site for free, don’t hesitate to tell them of our call to action. They can get in touch via james@wheelie-good-guys; or by messaging us on any one of our social media pages: 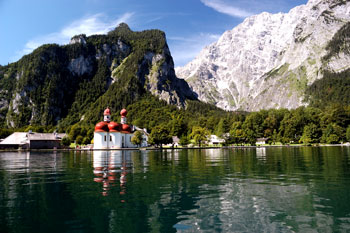 The Bavarian Lakes of Germany are a truly spectacular place to cycle. With so many potential routes in the area the scope for cycling is endless. As the capital of Bavaria, Munich can provide a great platform from which to base yourself for an extended weekend of cycling.

In Munich itself, there is much to explore both before and after any cycling you undertake. Marien Square and the New Town Hall provide a central hub from which to explore the many charms of the city; including the picture-perfect English Garden to the northeast of the Munich.

The Murnauer Moos Nature Reserve and Weterrerstein mountains are just two of the wilder appeals of the reasons, with some of the scenery particularly jaw-dropping. Similarly to Majorca, there is plenty of challenge to be had here for cyclists of varying abilities; whilst those more scenic cycling fans can enjoy gentle routes here as well. 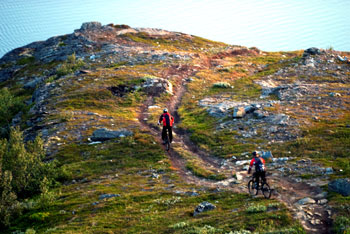 You would be hard pressed to find a more beautiful place to cycle than the fjords of Norway. Rosendal can present an excellent base for some round cycling trips; with the potential to adapt routes depending on how much time you can spare for a trip.

You will still find you are able to do plenty of exploring; even if you go for a short weekend – but be prepared to catch the urge to return in the future! From Rosendal you can undertake a circular journey that encapsulates everything that’s great about the wilderness of Norway.

Cycling through mountain passes; and alongside the shimmering, sprawling fjords you will gain a sense of escape that is hard to find in more populated areas of the world. There is potential for real adventure to be had here, something that is truly invaluable to cyclists. 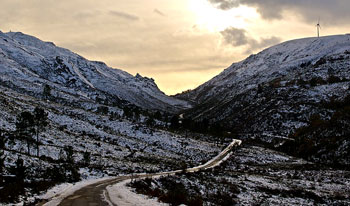 To truly experience the wild side of Portugal it is beneficial to leave the cities behind. For a weekend trip it’s practical to base in Faro, but to truly explore on your bike you’ll want to head away from civilization.

By doing so you’ll be able to experience the wild coastline of the Algarve; and in October even the more busy places will be substantially quieter than in the summer. Be prepared for some varying weather conditions; as the elements can be particularly changeable in autumn.

Don’t let that deter you though, as the conditions can just help to further enhance the wilder side of Portugal. Cycling East from Faro you can plan a journey that can include the sand dunes and lagoons of the Formosa nature reserve; as well as windswept fishing villages and traditional downs.

Have you done any great cycling trips in Europe? We’d love to hear from you. Send us your pictures to james@wheelie-good-guys.co.uk; or discuss your routes on our unique cycling forum.

Remember – you can also get no-obligation personal injury advice from Wosskow Brown via the forum; whilst you can also get your technical cycling queries answered by local experts JE James Cycles.