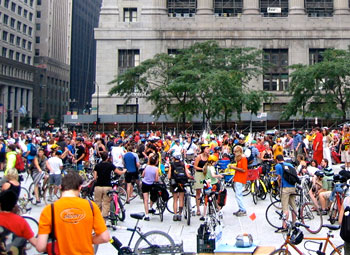 An interesting article on the Michigan State University website has taken a look at the economic benefits of attracting cyclists to a community through improvement of localized cycling infrastructure.

The article cities a current Portland State University study, which is taking a look at the relationship between cycling and spending patterns. Portland is widely known as a leading US city for cycling participation and infrastructure.

The study offers an alternative to traditional research on the matter, which typically looks at how spend on bicycles and subsequent repairs can contribute to a local economy. This study instead focuses on spend per a trip; and one of the initial findings has been that cyclists have a higher localized spend per month on average than car users.

The idea is then that with better implemented infrastructure, more cyclists will come; and resultantly more local spending will be made. The Michigan State University article suggests that bicycle networks should include ‘identifiable and safe connections to commercial areas and other transportation networks, especially transit.’

This, in turn, will encourage those who may have chosen not to cycle simply because they did not feel that the local cycling infrastructure was adequate enough to secure their safety. 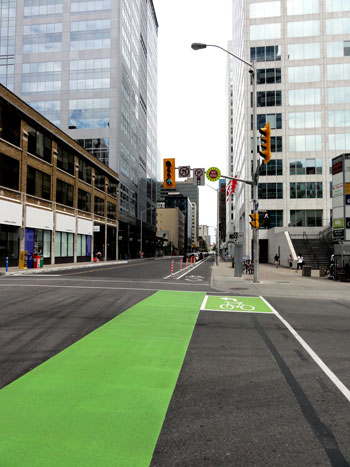 The cycling advocacy group ‘Citizens for Safe Cycling’ launched a new campaign this Monday; with them aim of securing 20 million dollars of funding for Ottawa’s cycling infrastructure.

With reduction in carbon emissions now a key policy for many governments worldwide, investment in cycling is becoming an ever more popular political choice – and advocacy groups are aiming to capitalize on that.

A spokesman for the Ottawa group – Michael Powell – told the Ottawa Citizen that ‘in the grand scheme of the city’s budgets it’s peanuts.’ Between 2011 and 2014 around 28 million dollars were spent in total on cycling infrastructure, meaning that a significant change in policy would be required for the desired increase to be obtained. 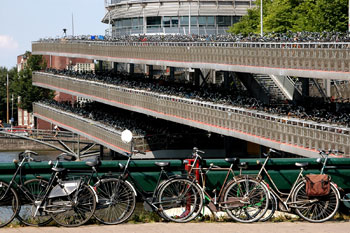 According to figures published last year, up to 70% of all journeys in Dutch cities such as Amsterdam and The Hague were made by bike. But why is cycling in the Netherlands so popular? It’s because the cycling infrastructure there is so impressive.

To learn more about that great infrastructure click here for the full story. The cycle lane network, bike parking facilities and national attitude to cycling are all featured. 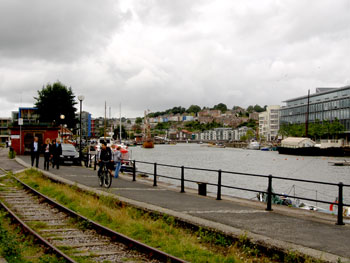 Whenever the cycling infrastructure of a city undergoes changes it often causes problems with locals; who aren’t happy with the disruptions – which is a shame considering how much better conditions can be with the implementation of well thought out infrastructure.

Reduced congestion and higher levels of safety are just two of many reasons why excellent cycling infrastructure has become an absolute necessity; but winning over the minds of the doubters can be a challenge.

According to the Bristol post, this time it was pensioners that clashed with cyclists – over plans to widen a walkway which runs adjacent to the city docks. The proposal from Bristol City Council is to widen the path from 2.5m to 5.5m at a chicane point; which is currently a pinch point for cyclists.

Despite the fact that this would allow more room for cyclists to pass pedestrians, local pensioners feel that widening the path would cause cyclists to travel at high speeds. The issues remain ongoing; and provide further evidence of the sort of opposition even the most minor of changes to cycling infrastructure can face.

More Similar to This…

5 Reasons Why Cycling to Work is Great 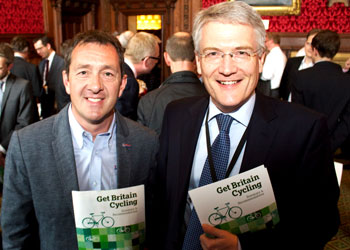 Former Olympic cycling champion and British Cycling’s policy advisor Chris Boardman united with other cycling organisations on Monday, to tell the Government to ‘stop treating cycling like a poor relation.’

Quotes from Boardman on the Wales Online website state that ‘cycling is being treated like a poor relation – money is thrown in its direction when it’s fashionable. You would not plan the rail network this way, nor the road network, so why is it acceptable to treat cycling like this.’

The call to action came one year on from 100 MPs unanimously supporting recommendations from the Get Britain Cycling report published by the All Party Parliamentary Cycling Group.

Broadcaster Jon Snow – also president of cycling charity CTC – told Wales Online: The government has had plenty of time to talk about what it intends to do for cycling. Now it must make good on its promises.

‘If it is serious about showing leadership on cycling, it must commit to funding of £10 per person per year to create the conditions where cycling becomes a safe and normal way for anyone to make day-to-day journeys.’