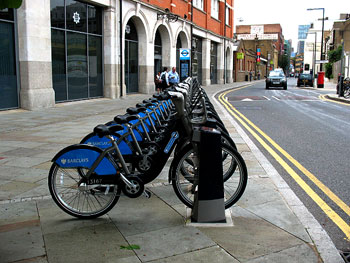 Cycling Weekly published statistics in the past week which showed that the number of cyclists on London’s major road network – over 4 weeks in July and August – grew by 20 percent over the past year. The stats also showed a 173% growth in cycling numbers in London over the past 14 years.

All this goes towards showing how important it is for the capital city to be investing in making sure that the roads of London are as safe as possible for cyclists. British Cycling’s Director of Recreation and Partnerships – Stewart Kellett – told Cycling Weekly: ‘British Cycling and Transport for London share the same goal of getting more people riding bikes and this partnership will help us to build on the progress of the last few years.

‘Britain is now one of the most successful elite cycling nations in the world and almost seven million people in England are now regularly riding bikes for fun, for sport or as a form of transport,’ he said. 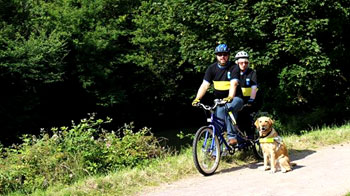 A recent survey by the Guide Dogs for the Blind Association claimed that cyclists are repeatedly hitting blind Londoners and their guide dogs – because they are mounting pavements and jumping red lights.

According to the Independent, cyclists have responded by saying that the statistics are ‘dodgy’ and the basis of a ‘fabricated attack.’ The GDBA has now withdrawn their claim suggestion ‘one in four’ blind members of the London public had encountered such incidents.

A spokesperson for Guide Dogs told the Independent: ‘we recognize that the sample size was small and we explained this in the materials for media. It is striking that in London blind and partially sighted people came forward to tell us they had been hit by a cyclist.’ The issue is ongoing.

If you know of anyone who you think might be interested in featuring on our cycling Sheffield website, don’t hesitate to tell them to get in touch. They can email james@wheelie-good-guys; or message us on any one of our social media pages: 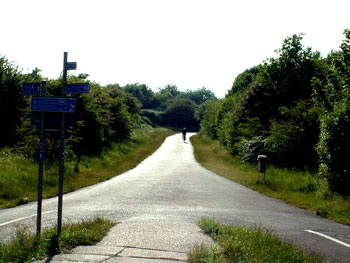 With developments for the HS2 high-speed railway network said to be set to go ahead, this is a story that holds significant relevance. If HS2 does go ahead, it is widely expected that a cycle network running adjacent to the new tracks will be developed to improve cycling safety – but that may cause some problems.

A new survey detailed in the Bath Chronicle has shown that the Bath to Bristol cycle path is driving a wedge between cyclists and pedestrians in the area.

A member of UWE Britstol’s Centre for Transport told the Bath Chronicle that ‘government guidelines for shared-use paths are based on research that focuses on the observable conflicts that take place and thus the consensus is that conflict between users is rare. However…the survey highlights the difficulty of designing facilities for a mix of mode users.’ 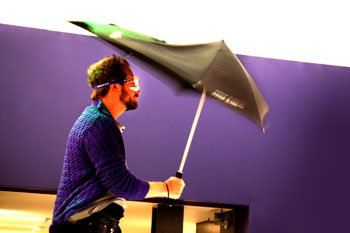 Cycling in the rain is not always the most enjoyable experience, but the latest bike gadget can help prevent cold, soggy rides. Given that the Netherlands is perhaps the leading country for successfully implemented cycling infrastructure in the world; it is perhaps unsurprising that it is a Dutch company that is behind the idea.

The umbrella is designed to withstand wind speed gusts of up to 70mph, evidencing its impressive durability. Any wind is filtered over the aerodynamic design of the brolly, which will hold its shape impressively.

A spokesperson for the firm behind the idea – Senz – told the Daily Mail that ‘the clamp allows you to attach your umbrella on your bike, while keeping both hands on the handle bars and giving a good sight of traffic.’ The clamp product is retailing at around £31. 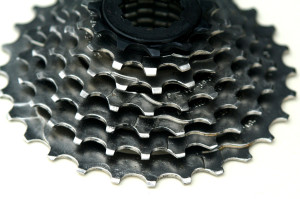 For those who aren’t aware, Kickstarter provide a platform for product designers and entrepreneurs to access public funding that can enable them to launch a new, innovative product. Those who choose to back an idea are rewarded for their loyalty by the owner of the project.

The reward can be anything from a mention in the product credits if the project makes it to completion; to exclusive access to the first of the products that are made – often at a significantly discounted price.

Continuing the series we’ve come up with a list of 5 more great cycling themed projects from the Kickstarter website, some of those which have already been fully funded – and some which are still in the earlier stages. You can read the full story cycling safety story here…