As we continue to look to bring you news from the cycling world each week on the Wheelie Good Guys site; here’s a collection of recent news highlights that you may have missed. With focus on world, UK, Yorkshire – and specifically Sheffield – news; there’s plenty for everyone to digest… 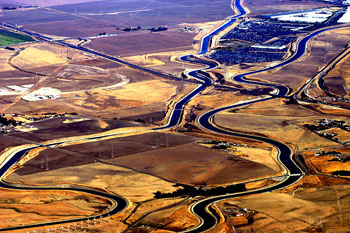 On Saturday 2nd August, there were a number of cyclists affected by extreme weather conditions in Southern California. An onslaught of fierce storms raced through nearby mountains and deserts – leaving 40 bicycle racers with hypothermia.

As a result of monsoonal moisture from the south meeting with warmer air inland; thunderstorms that resulted in flash flood warnings wreaked havoc in the area. The cyclists were competing in the annual 100-mile Tour de Big Bear race when the severe weather descended; with one storm dumping heavy rain on the competitors on the 8,400 foot slopes of Onyx Peak.

County fire spokesman Eric Sherwin told yahoo.com that ‘some were shivering, some were suffering from cramps’; but did mention that none of the cyclists needed to be hospitalized. The conditions lasted about 1 and a half hours; in temperatures of around 50 to 60 degrees – which in cycling clothes can be particularly cold when soaking you’re soaking wet and have recently exerted yourself on a climb. 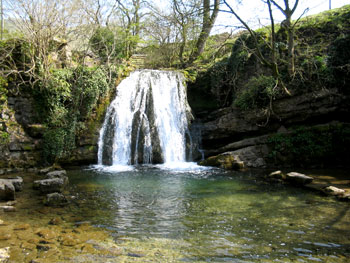 The 2014 Tour de France was a huge success; with the Yorkshire Grand Depart receiving fantastic praise from fans, the competing athletes, media and race organizers alike.

Since the event, the predicted increase in tourism for the region thanks to the profile this year’s Tour brought has already shown signs of life. According to the Yorkshire Post, The Premier Inn chain – which possesses many hotels across the county – has seen a 67% increase in bookings by people who wish to bring a bike with them – the Leeds city centre hotel received over 150 bike enquiries within 3 days of Stage 1 getting the 2014 tour underway.

Peter Chubb – development director at Weetwood Hall – is also on the executive board at the 35-hotel Leeds Hotels and Venues Association. He told the Yorkshire Post that ‘I sincerely believe, with the exposure coordinated with Welcome to Yorkshire, there will be a continuation of people for some time wanting to come and visit Yorkshire. 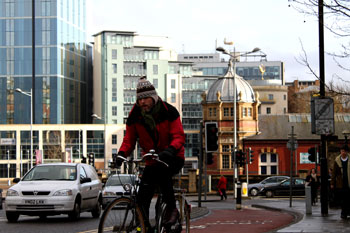 Worried Hotwells residents are concerned that a new charter for cyclists could put harbor-side pedestrians at risk. The Bristol Cycling Manifesto is the issue; and residents believe that it will create the equivalent of a cycling ‘motorway’ near the waterfront.

As a result, they feel that it will present a danger of being knocked over to tourists and sightseers in the area. John Bradfield – a local resident and member of the opposition to the idea – told the Bristol Post that ‘this is very much a valued shared space with the vast majority of people on foot not bikes.

Some walk to work but most are families, small children, people launching canoes, all milling around – not travelling but just using the waterfront for pleasure like a park and much loved by people from all across our city.’ It is another example of the sort of opposition that can face those looking to implement new forms of cycling infrastructure within UK cities. 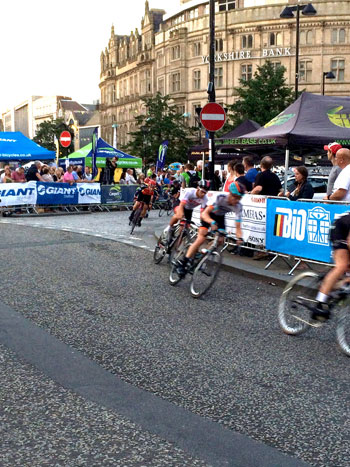 After the magnificent 2014 Grand Depart of the Tour de France; the event was bound to capture the interest of the Sheffield community – but even when taking that into account; the interest generated was pleasantly surprising. The route was completely packed with fans hoping to take in the action; and they were not left disappointed.

Local landmarks like the Peace Gardens and the steps of the City Hall were buzzing with excited chatter; on a wonderful summers evening of racing. Read the full story here… 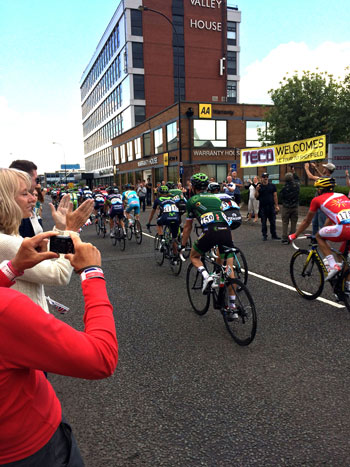 With Tour de France fever having swept the region in July, it is perhaps no surprise that a number of locals have been inspired by the event.

One example has been four colleagues who recently cycled from Sheffield to Paris to raise funds for charity. Paul Summers, Andy Moores, Katy Stallabrass and Luke Allen – all workers from Plusnet – cycled the 500-mile journey; raising £5,000 for Jane Tomlinson Appeal in the process. The charity raises funding for children’s and cancer charities across the nation.

Andy – quality and technical training manager – told the Sheffield Star that ‘this has been a huge personal challenge for each of us, we’ve trained hard but nothing can quite prepare you for 100 miles each day for 5 consecutive days.’ 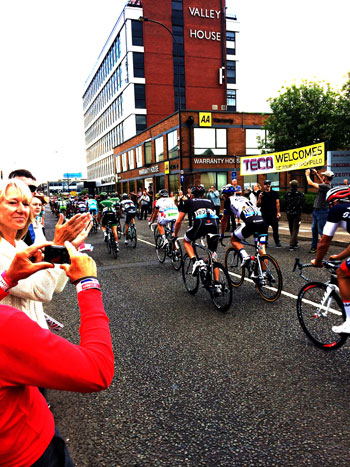 As this year’s Tour careered to its end in Paris, there was one man’s name on everybody’s lips – Vincenzo Nibali. The Sicilian has dominated this year’s Tour; capitalizing on the earlier exits of key rivals to exert his powerful influence over the race with some fantastic riding.

Whilst the departures of Chris Froome, Mark Cavendish and Alberto Contador – on stages 5, 1 and 10 respectively – admittedly denied the race of a genuine heavyweight battle between one of those three and Nibali, nothing should be taken away from the overall victor.

He has now become only the sixth rider in history to win all three of the grand tours; and on Sunday he became the first Italian to bring home the yellow jersey in 16 years. The self-dubbed ‘flag-bearer of anti-doping’ –who has never been implicated in any sort of doping scandal – couldn’t have been more delighted with his win. You can read the full story here… 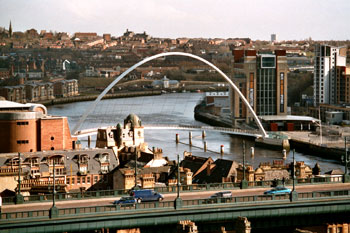 At the statue of Newcastle United legend Bobby Robson; 400 cyclists gathered at St. James’ Park for a ride in his memory. In the early sunshine; the participants of the Bike for Bobby challenge cycled in his memory to support the charity set up in his name.

There were 3 routes that all attracted interest – 40miles, 70 miles and 125 miles respectively – in order to cater for cyclists of varying ability levels. The round trips took those taking part on a round trip for the centre of Newcastle out towards Northumberland.

The event followed a ride by the organizer of this event – Phil Gray – across an impressive 3,500-mile ride with ex-Newcastle United defender Robbie Elliot; which took in all the clubs Sir Bobby managed.

Have you come across any cycling stories in your local area? We’d love to hear from you and share them with our readers – you can email james@wheelie-good-guys.co.uk with any images or stories that you have.

Remember that you can also now speak to a personal injury solicitor from Wosskow Brown for free on the Wheelie Good Guys site through the link here. It’s a great resource; which is perfect for those looking to have any enquiry relating to personal injury answered – be that for themselves, or friends/family.