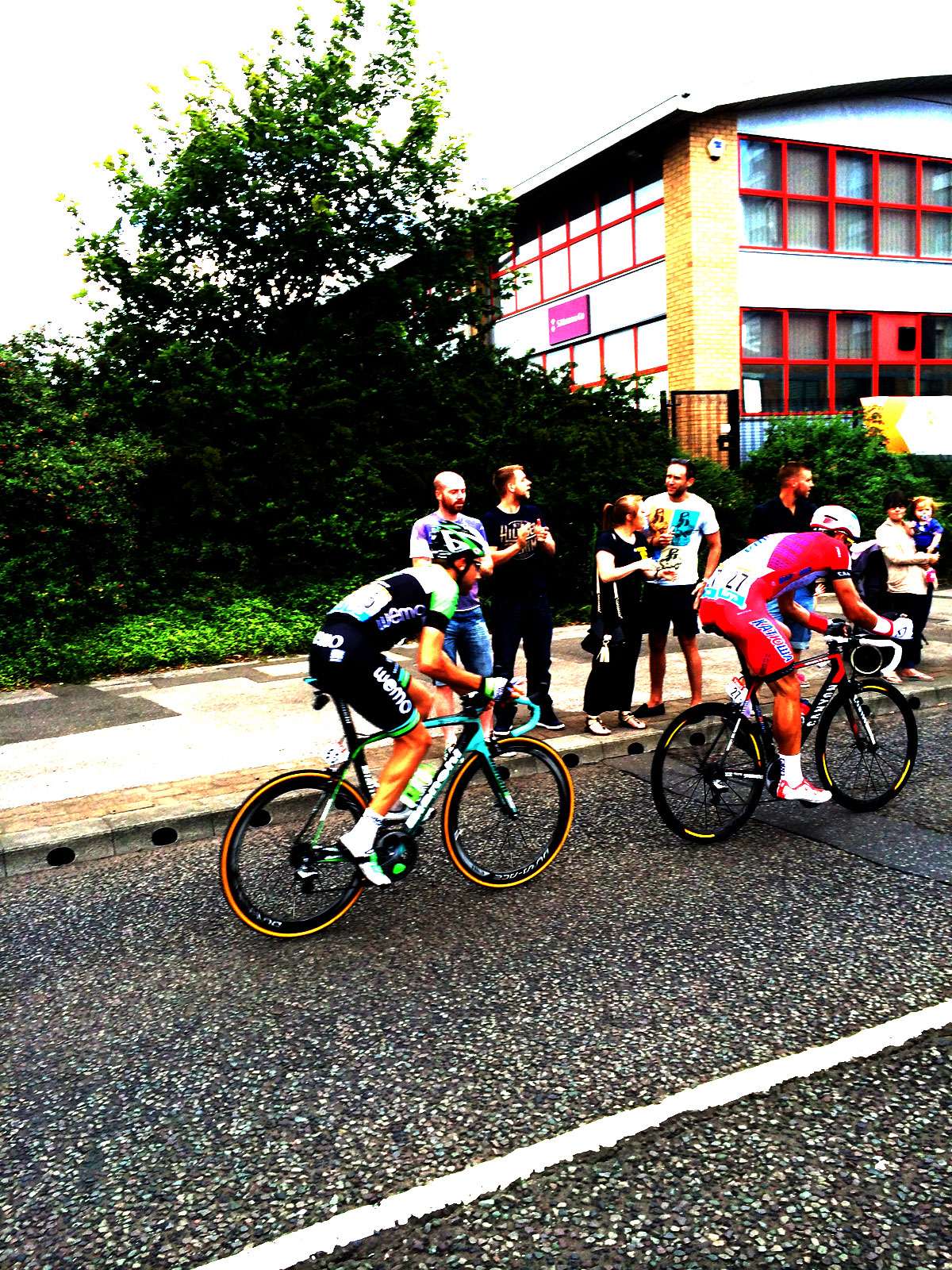 Contador has become the latest high-profile name to exit this year’s tour; following the withdrawals of Brits Mark Cavendish and Chris Froome. The Spaniard was forced to depart the race after a heavy crash on Stage 10, with it revealed later that he had fractured a bone in his right leg. Cantador rides for the Tinkoff-Saxo team, and is the third former champion to withdraw from the race after 2013 winner Chris Froome and 2010 victor Andy Schleck. Tankoff-Saxo sports director Phillipe Mauduit said that ‘before pulling out, he told us he was in awful pain and he couldn’t go any further on his bike.’ Astana’s Vincenzo Nibali came home 15 seconds clear of the nearest rider to regain the yellow jersey. Following Contador’s withdrawal, Nibali is now widely tipped to win the rice; although given the high-profile withdrawals to date, no one can be sure of finishing this year’s event.

Resoundingly successful, and equally as memorable; the Tour de France won the hearts of the UK public this weekend. The country can look back on the event with great pride, as cycling fans from far and wide descended to watch Le Tour here. The Yorkshire Grand Depart was nothing short of spectacular; with race director Christian Prudhomme dubbing it the ‘grandest Grand Depart’ in the race’s 11-year history. Many wonderful British locations have been put well and truly on the map; as thousands of fans lined the streets of the great county for Stages 1 and 2. Prudhomme also stated on Monday that ‘the question is not if, but when’ with regards to the Tour returning to the UK. To the UK he also said a resounding ‘thank you’, saying that ‘it was unbelievable. I just want to say again: merci beaucoup. It was incredible – what the British people have done is magnificent.’ The Yorkshire stages were spellbinding – with over 2.5 million people lining the streets of the county for the Grand Depart. As Stage 1 begun, it was the first time the event had visited England since 2007. Marcel Kittel emerged victorious over the 190.5km Stage 1 route; as he claimed the yellow jersey on the opening day for a second successive year. Read the full story here… 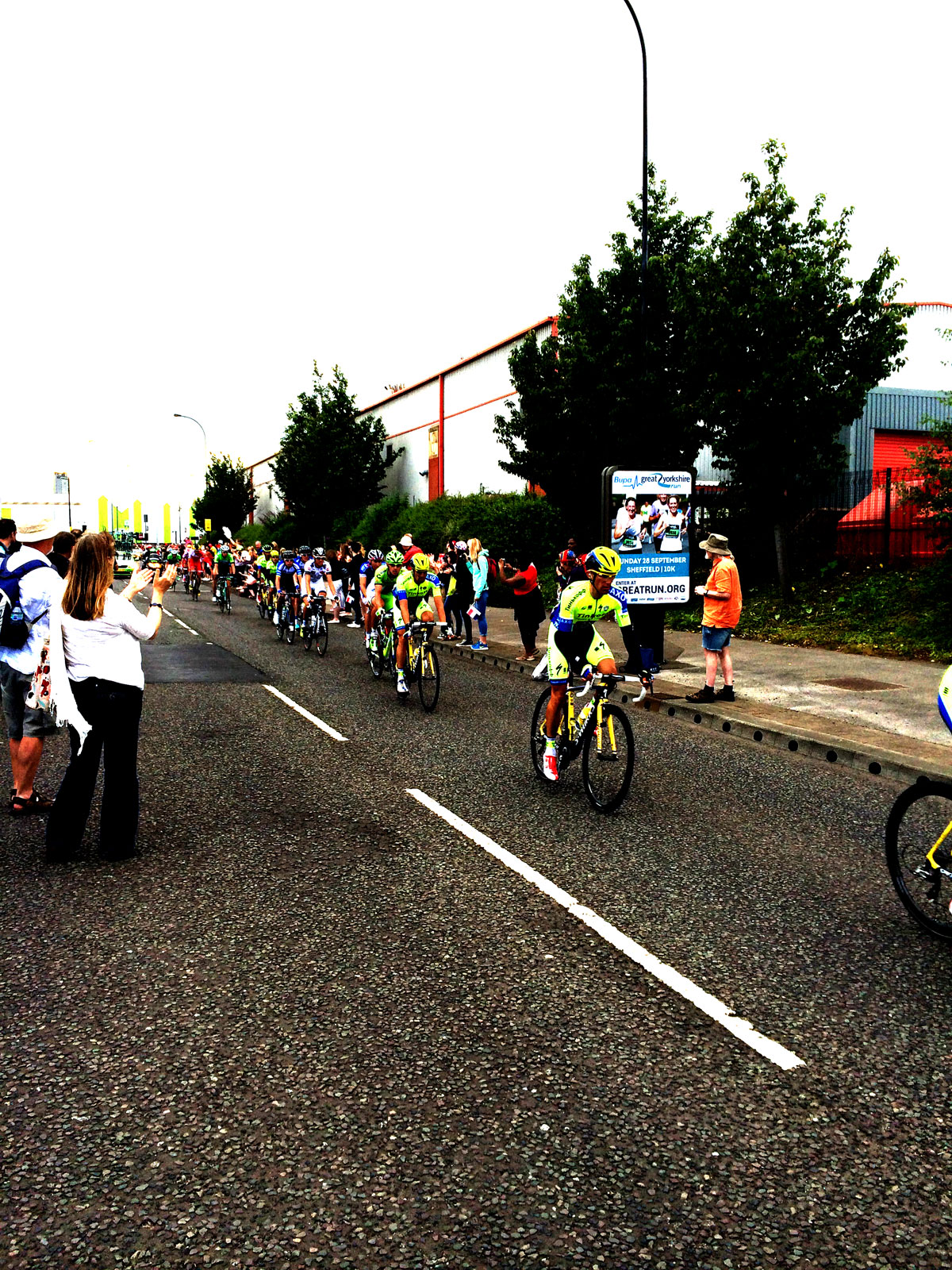 The Tour of Britain has secured a title sponsor in a joint agreement also involving the Women’s Tour, and British Cycling has announced its delight at the news. Friends Life has continued its commitment to the Women’s Tour and becomes the first title sponsor of the Tour of Britain. The British Cycling director of cycle sport – Jonny Clay – told British Cycling that ‘ we saw with the Tour de France the huge appetite there is to watch bike racing in this country and today’s announcement is reward for the years of hard work which have gone into the tour of Britain and the Women’s Tour. The success of the inaugural Women’s Tour, added to the ever-improving Tour of Britain (won last year by Sir Bradley Wiggins), demonstrates British cycle sport’s growing strength in the world of major events. Both are hugely important to British cycling’s strategy to use elite cycling to inspire more people to get on their bikes.’ The Tour of Britain is the UK’s biggest professional cycle event, with 108 competing cyclists covering more than 1,350km over nine stages.

Two-wheel enthusiasts in El Paso, Texas, are lobbying for more thought to be applied to the development or renovation of bike lanes. Velo Paso is a bike and pedestrian coalition in El Paso, and they feel that there aren’t enough cycle lanes in the city. They also feel that on the few occasions the cycle lanes are developed, they don’t meet third needs. Scott White, Velo Paso policy director, told kfoxtv.com that ‘if the riders don’t feel safe and if they don’t feel comfortable there, they’re not going to use them. Ideally you should have 6 feet for a bike lane but what’s happened here is they’ve included the gutter as part of the bike lane for the measurement. The measurement should have started from the street and gone onto the lane.’ Other El Paso Cyclists complained that ‘there’s a bunch of debris in (the cycle lanes). It gives us flat tires. It could actually knock you off of your bicycle at any time.’

The Northern Echo is reporting that over a quarter of the country now want to visit Yorkshire following the unprecedented success of the 2014 Grand Depart. The hope is for a massive tourism boost following the success of the event. The paper also claims that a third of the population’s opinion on Yorkshire was positively influenced by the Tour thanks to the impressive backdrop it provided for the race. The source of the information is a study by ResearchBods; which found that three-quarters of the county want tourism agency Welcome to Yorkshire – who led the winning bid – to make a move for more key sporting events. Gary Verity – chief executive of Welcome to Yorkshire – has since said that ‘this is the start of a journey for Yorkshire, not the end of one. The Yorkshire Grand Depart was a game changer and we’re only just scratching the surface of the enormous potential that our county has as we continue on our way toward s being a global must-see destination.’ 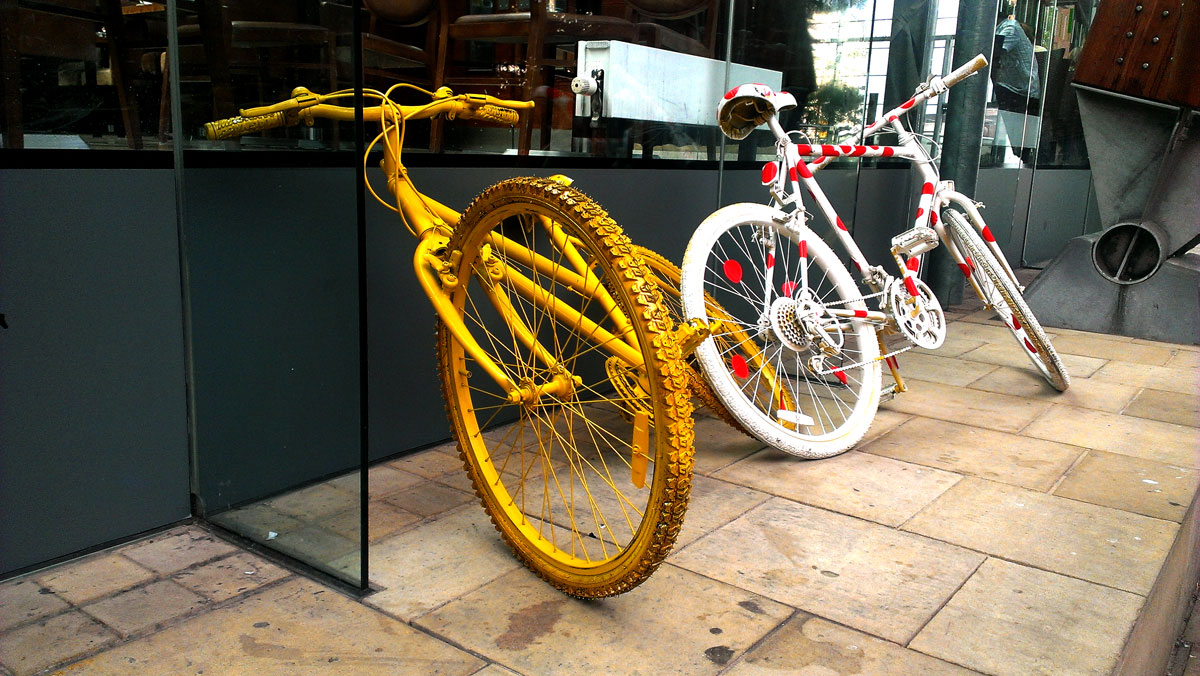 A new £850,000 Sheffield Cycle Hub; which includes changing rooms and repair facilities, was recently unveiled by transport minister baroness Kramer to time with the start of the 2014 Tour de France. Kramer also announced that £15m of Government funding will be used to go towards improving cycling facilities at train stations up and down the country. The hope is that this will cut pollution and ease congestion; and Kramer told the Sheffield Star that ‘used together, bike and rail can help cut carbon and congestion, delivering environmental and economic benefits. Sheffield’s cycle hub is a great example of this principle in action, and I hope it provides an example for others to follow.’ The hub provides space for 400 bikes and was unveiled at Sheffield’s train station this month.

Steel City council chiefs are preaching the call to ‘get on your bike’, following an extremely successful 2014 Grand Depart. They are hoping that the interest that has been generated as a result of Sheffield hosting the event will encourage more people to take to their bikes. Innovative schemes such as the cycling hub mentioned in the previous news story above are happening as a result of a drive to secure more funding to produce more bike hubs and facilities for bike hire which will be extended around the city centre. The council’s long term intention is to increase the number of bike trips in the city by around ten percent by 2025, and 25 percent by 2050. Councillor Isobel bowler, cabinet member for sport, told the Sheffield Star that ‘we aim to build on the tremendous interest generated by this successful event. We want more local people of all ages and backgrounds cycling for transportation and leisure, in urban and rural areas.’