Continuing our series which looks to bring you the most up-to-date news on the world of cycling; here are 7 more eye-catching from the world of news for cyclists. We always look closely at Yorkshire – and most specifically Sheffield – as that’s where we’re based; but we also like to keep an eye on what’s happening further afield…

At the end of July, a top of the range lorry equipped with a range of gadgets was unveiled; with the hope that it can help reduce the death toll of cyclists in London. Designed by Sainsbury’s, the futuristic HGV has been designed to eliminate blind spots through the implementation of cameras; whilst there are also sensors and alarms which will sound if a cyclist becomes in danger.

London Councils and City Hall have been working together, to draft up laws which will require companies and hauliers to meet strict new safety standards. The hope is that these new rules will help to increase protection in the city for pedestrians and cyclists. The new laws will come into force in 2015 with lorries over 3.5 tonnes; as they are the main danger to cyclists. The cost to convert existing HGVs would be £800. 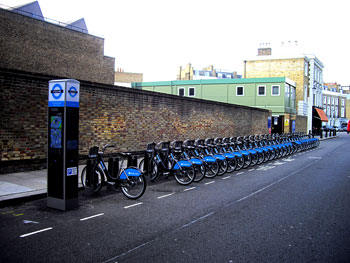 Over 100 cyclists have protested against new road layout designs around Kings Cross gyratory in London. Using a very loud sound system to voice their feelings on Monday night, the protesters took to the streets to rally against the recent proposals made by Transport for London for kings Cross.

The plans set out a scheme which would see cycle lanes disappear at junctions carrying up to 5 lanes of motor traffic including construction lorries and buses. Cycle campaigner and organizer James Gower had a speech read by fellow campaigners after he was unable to attend due to illness: ‘TfL are deliberately ignoring the safety of cyclists and pedestrians in order to keep the minority of people who own a motor car in London moving.’

Bikeability Scotland training in Aberdeen has seen participating numbers double since 2013. With penalties paid by bus lane offenders used to help deliver cycling training, it is anticipated that those figure will continue to grow. Council leader Jenny Laing told the Aberdeen government website:

‘Bikeability provides children with the knowledge and training which they absolutely need if they are to be safe while cycling on the streets. It’s a fantastic and very important scheme and I can’t overstate how pleased I am to see the number of schools and children being able to take part increase so dramatically on previous years.’ The evidence supports the idea that cycling is growing in Britain. 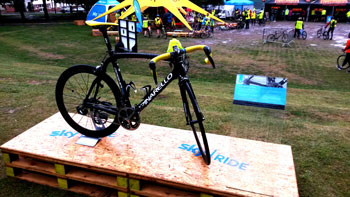 We’re passionate about improving cycling everywhere; but Sheffield holds a particular place in our hearts. It’s where we’re based, and with decades of experience living here the team at Wheelie Good Guys are keen to see cycling soar in the Steel City.

As such, we’re embarking on our next challenge here at our excellent cycling interest website. We want to get in touch with cycling clubs, cafes and any other cycling-themed organisationsinSheffield and the surrounding area; so that they can become a permanent fixture on the Wheelie Good Guys site. We’re looking to list information on cycling clubs in the area; and to write features on great cycling-themed places to drink and dine out in Sheffield.

You can read the full story here… 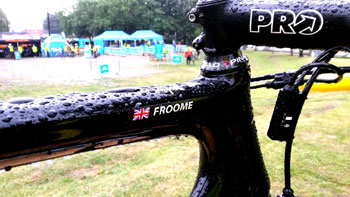 Innovative technology was a prevalent topic back in May; when we covered 10 of our favourite bike themed projects from the website Kickstarter. They provide a platform for entrepreneurs and designers to seek public funding to bring projects to the production stage.

Often, these ideas will be partially developed; with additional funding required to help the projects take off. People who choose to back the projects are inducted into a reward scheme; which can involve anything from a mention in the product credits to exclusive delivery of the first products at a cut-price – it all depends on how much you are prepared to contribute.

You can read the full story here…

Sir Bradley Wiggins is set to defend his Tour of Britain title in September – that is according to Team Sky Boss Dave Brailsford. The 2012 Tour de France winner is choosing to compete in the British event, rather than the Vuelta a Espana; despite the imminent Road World Championships in Spain.

‘He’ll Ride the Tour of Britain’

Wiggins participated in the Ride London-Surrey Classic on Sunday 10th August; and Brailsford said of Wiggins on the day: ‘he’s riding here today, and then he goes from here to an altitude camp. He’ll ride in a couple of one-day races, and then he’ll ride the Tour of Britain. We hope that will give him the right training preparations to go to the World Championships.’ 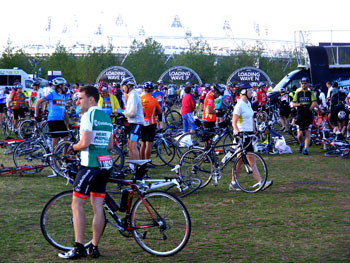 In a moving show of support; a fundraising page created by the late Woking cyclist Kris Cool has raised more than £20,000. Kris tragically passed away whilst taking part in the amateur 100 race of the Ride London-Surrey Classic on Sunday. The 36-year-old’s original fundraising goal was £500, but since news of this sad story broke, donations from across the world have been pledged to the fundraiser.

Kris had been cycling to raise funds for Woking and Sam Beare Hospices; with their chief executive Nigel Harding paying tribute through the GetSurrey website: ‘This is a real tragedy and Kris’s death has shocked us all. We had almost 40 people cycling on our behalf yesterday and we are most grateful to them all, but the death of Kris has inevitably cast a long shadow over the proceedings.