Chris Froome has become the first Briton to win the Tour de France twice, after winning the prestigious race for the second time since 2013. On-lookers watched Froome ride to victory in a wet and cloudy Paris yesterday, but no amount of rain could damped his spirits as he became one of Britain’s cycling aristocracy.

Doping Accusations in the French Media

Despite a backdrop of suspicion and abuse aimed at the 30 year old cyclist, Froome has maintained respectful and dignified. He was jeered at, spat at, and thrown urine at by some spectators, amid accusations of doping that have been reported in the French media. 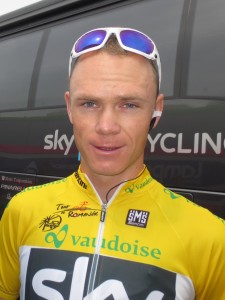 Calls to Award Froome with Honours

There have even been calls to award Froome with a Knighthood. The Labout MP Ian Austin, who is also the patron of the all-party parliamentary cycling group, said “This is a phemonenal achievement. The Tour de France is probably the toughest event in world sport. To win it twice is extraordinary and Chris Froome should get the highest honours available – a knighthood.”

Froome finished alongside his dedicated team mates on the final stage, behind a sprint won by Andre Greipel. He beat Nairo Quintana of Columbia to the yellow jersey by just 72 seconds, with Alejandro Valverde of Spain in 3rd place. Mark Cavendish finished 6th.

General classification times had to be taken the first time they crossed the finish lines due to the treacherous condition of the roads because of the weather. The final stage of the race ended with 10 laps of a 7km course around Paris, but the altered classification readings meant that Froome couldn’t lose time if he was held up by a mechanical problem or a crash as a result of the poor conditions.

Viewers watched with anxiety as Froome had to remove a paper McDonalds bag that was caught in his gears, and ride over a plastic bottle. Although crashing would have caused him to fail, Froome managed to stay upright on his bike, riding over the finish line arm in arm with his Team Sky team-mates.

Dating for Sporty People with an Interest in Cycling

Thanks again for the help and support of Love2Date, who continue to help single people with a common interest in sport to meet. Click here to meet other sporty singles with an interest in cycling!