Each week, we look to provide information on great routes in the local area; and are well placed to do so as experts on cycling Sheffield. With that in mind, Peak District cycling could be the ideal tonic for your weekend.

Last week we took a look at some of the great places in the Peak District area to base a ride around; focusing on Ashbourne, Dunford Bridge, Glossop, Buxton and Castleton. One place that was briefly mentioned in that article was Ladybower reservoir.

As one of the picturesque highlights of the Peak District cycling countryside, it only seems right to dedicate more column inches to cycling around the Ladybower reservoir group; which also includes Howden reservoir and Derwent reservoir.

With the weather set to be cloudy with sunny breaks – and no rain in site – there is potential for long and short cycle routes; depending on the sort of time that you have available. The reservoirs can be brought into a simple circular route; but there is also plenty of potential to extend that. 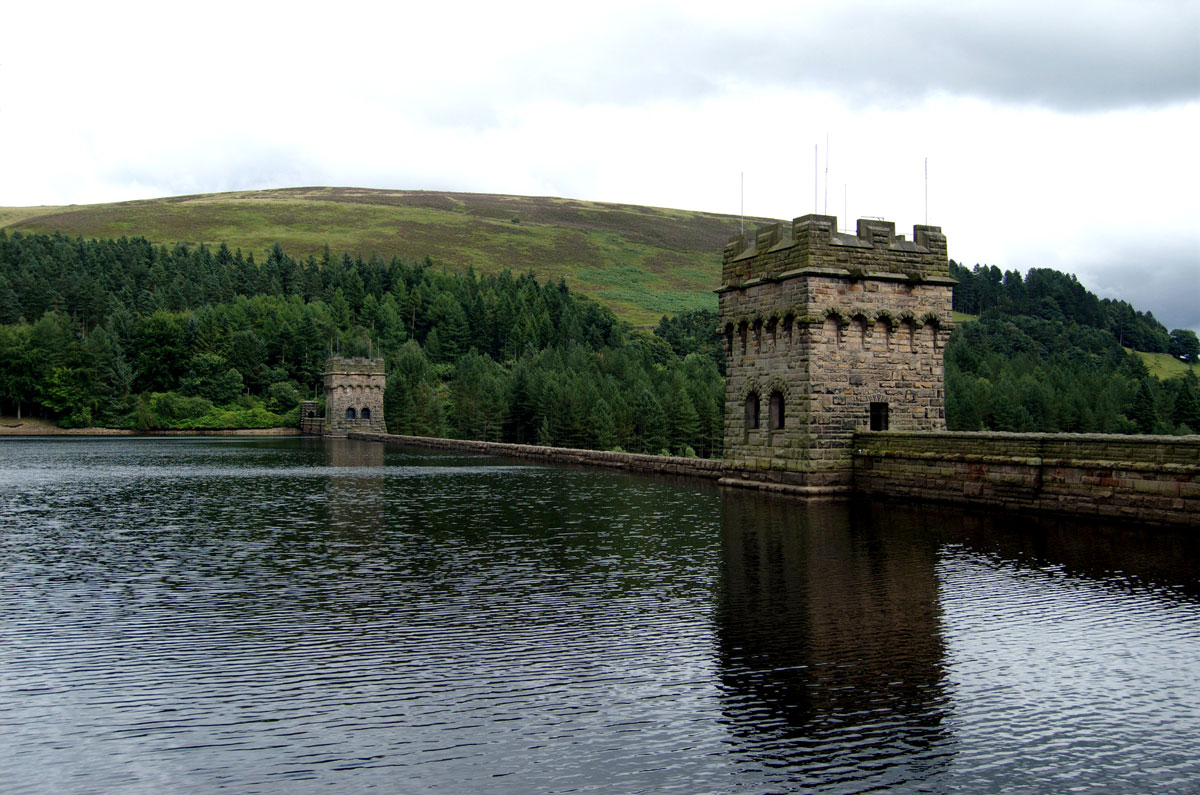 Highlights surrounding the reservoirs include the three impressive dams; which provide water to residents of Sheffield, Derby, Nottingham and Leicester. Derwent Reservoir’s construction actually required the sacrifice of Derwent village – the remains can be seen during dry summers.

The Derwent Reservoir and dam are also particularly famous for their use in the RAF’s Second World War dambuster flying trying. The entirety of the area surrounding the 3 monolithic hubs of water is aesthetically stunning; with the sprawling moors of Howden and Derwent particularly eye-catching.

The National Trust listed ‘Three Reservoirs’ 18-mile cycle route is a great starting suggestion for those looking for a reasonable distance to cycle. Their website estimates the time of the ride to be around 2 hours; but that is likely to be shorter for more seasoned cyclists.

With recently improved paths, the route has plenty of appeal for trail enthusiasts. Starting out from Fairholmes car park, you can simply cycle left out of the car park towards Derwent Reservoir.

Continue alongside Derwent Reservoir until you reach Howden Reservoir; where the path will turn to a limestone surface. Further on, you will reach the ‘Slippery Stones’; where you’ll find that the path turns back on itself.

It will cross over to the other side of Howden; where you’ll find the decent back towards Ladybower and the A57. Spreading the distance of the entire reservoir group; simply cycle down until you reach the A57 at the base of Ladybower Resevoir. From that point, follow the path around and back up to your start point at Fairholme. 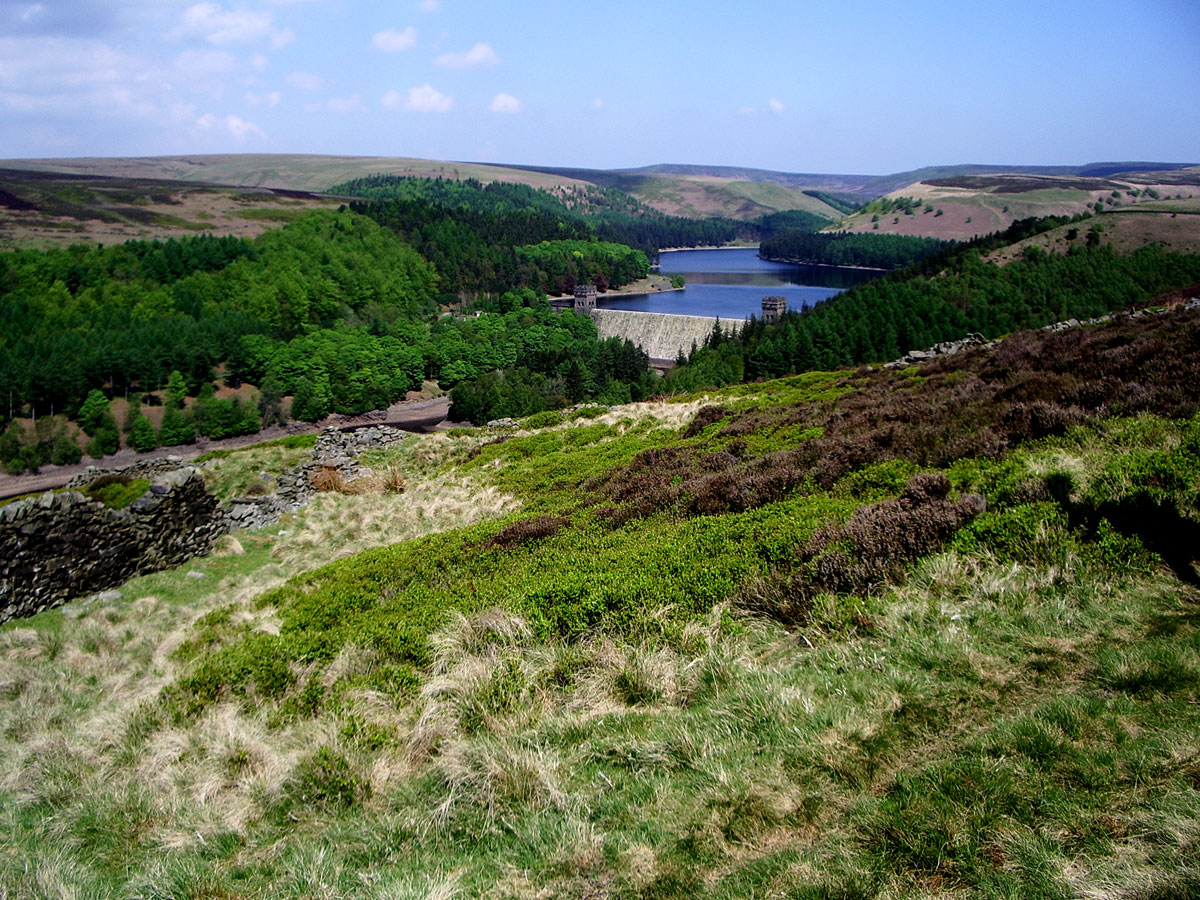 Potential for a Longer Cycle

Whilst the Visitor Centre there is a good starting point to base a ride for those coming from further afield by car; Ladybower is readily within reach of Sheffield for those wishing to ditch their motor for the day. Cycling out from the Steel City and then attempting the circular route is a challenge more suited to experienced riders, but it’s certainly doable.

Starting out from the top of Millhouses Road at the Ecclesall bus terminus – towards the top of Ecclesall Road – there are 2 notable routes that you can choose to cycle out along. Handily, this start point also provides access for those coming by bus.

From the Ecclesall bus terminus, cycle up Knowle Lane; where the road will merge with Ringinglow Road – you’ll just need to carry straight on. You’ll then simply need to keep following Ringinglow Road all the way out to Burbage Edge (about 5 miles).

Once you begin the descent, you’ll pass Burbage West on your left. At the base of the incline take the right fork out on The Dale. This will wind gently round through woodland, but before The Dale sharply bends left, take the first right up an unmarked track.

Stay on New Road until it finishes at a T-junction where it meets Ashopton Road. Turn right onto Ashopton Road and follow that straight out towards Ladybower Reservoir; which will quickly present itself on your left. You can then cycle the circular reservoir route from that point, or head to Fairholme Visitor Centre and start from there instead. 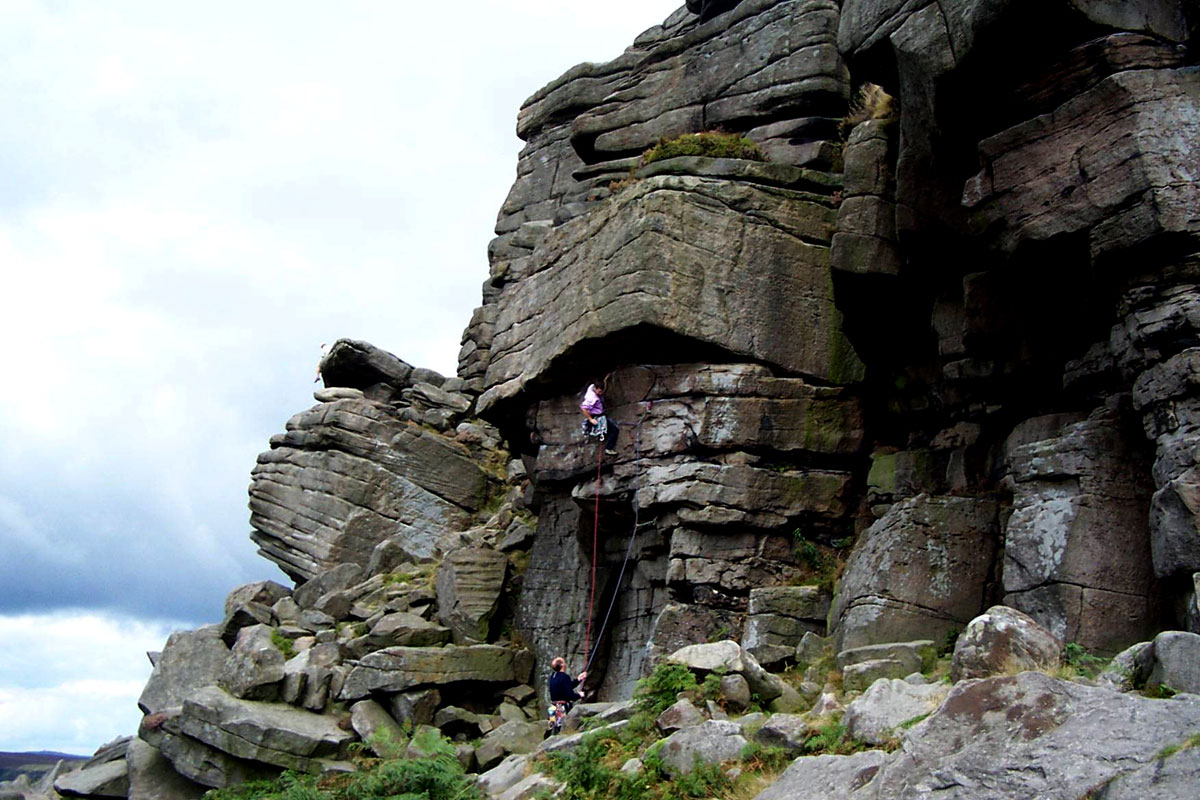 Again starting from Ecclesall bus terminus, this time follow Ecclesall Road out towards the Peak District. You’ll pass through Whirlow and then via the top end of Dore, but you’ll simply need to carry straight out along Ecclesall Road for some distance, as it becomes Hathersage Road.

Both the top end of Ecclesall Road and then Hathersage Road are all part of the A625. Cycle along from your starting point for 5 miles until you reach the Fox House pub. By now the A625 will have become the A6187, and just after the pub it will bend right.

Again, just stay on that road, and follow it out towards Hathersage – about another 2 miles. Cycle on through Hathersage village and the road will again change, this time into Castleton Road.

Follow Castleton Road for about a mile until Station Road appears on your right, next to a set of traffic lights. Take that right turn, and you’ll quickly see Bamford station on your right. Follow Station Road – which will turn to Ashopton Road – straight, all the way out to Ladybower Reservoir.

Similarly to with the route via Stanage Edge, you now have the choice to either head to the Fairholme Visitor Centre to start your circular route round the reservoirs, or just to start from the base of Ladybower.

Please Get in Touch to Share Your Own Rides

Hopefully there’s enough here to inspire you to head out towards Ladybower – it’s certainly an excellent place to cycle that captures plenty that’s great about Peak District cycling. There are many other directions from which you can reach the area; some of which we’ll look to cover in future articles.

If you know of any great routes for Peak District cycling of your own, we’d love to hear from you so we can share them with the Wheelie Good Guys cycling audience. Alternatively, if you have any images from cycling in the Peak District – or further afield – that you’re particularly fond of, send them over.