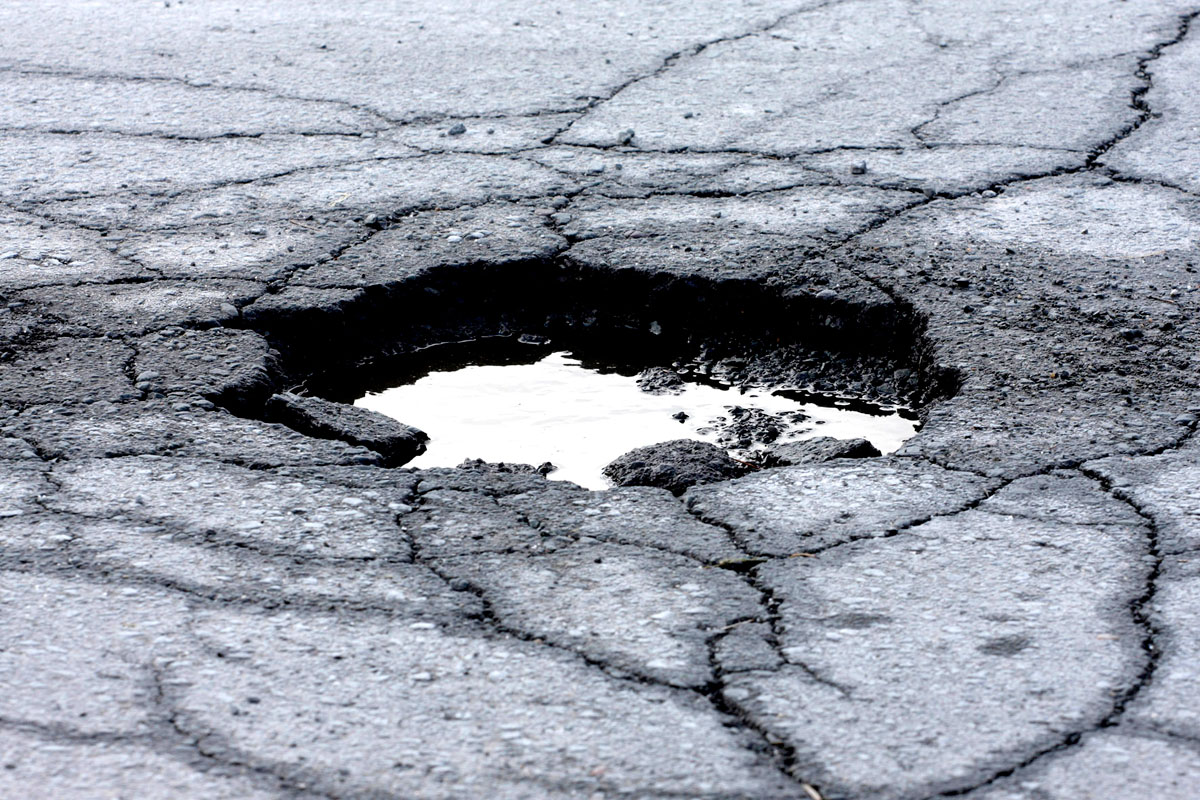 In the UK; the subject of road repairs can be an extremely contentious issue. The amount of funding that gets allocated to tackle the problem is something that is constantly debated. Potholes and damaged road surfaces in the UK represent two of the nation’s most discussed issues; and it seems that the problems caused by this situation are resulting in our roads being in a more drastic state than ever.

Earlier in 2014, an extra 140 million pounds was made available to councils for dealing with the matter following severe winter weather. 36.5 million pounds of that amount was ring fenced for councils in the worst hit areas. The Transport Secretary, Patrick Mcgloughlin, said at the time about the money that it would ‘help make a real difference to the millions of road users and local residents who rely on local roads’. Whilst the sums provided were substantial, many feel that the total was nowhere near the amount needed to manage the problem.

It would actually require a sum in the region of 10.5 billion pounds to completely regenerate the roads of the UK. Renowned campaigners for better road conditions in this country such as Mark Morell (aka Mr. Pothole); have argued that whilst it may be unrealistic to expect such an incredible level of investment immediately, more could certainly be done.

Mr Morrell – who through hard work has generated an extensive following – appeared on Sky News back in March to discuss the 140 million pounds of investment for tackling roads in dire need of repair. A key discussion point during the interview was the projected financial implications that could be expected if not enough money was spent to tackle the issue.

More Than 32 Million Pounds of Compensation

This is something that seems to be backed up by the fact 32 million pounds worth of compensation was paid out to drivers whose vehicles were damaged by potholes in 2012. In the same year, UK councils were forced to fill in excess of 2.2 million potholes, which was more than a 25 percent increase from the previous year. Even after those repairs, it is estimated that 1 in 5 of our nation’s roads are still in a very poor condition.

This year; local councils have found themselves in a position where they can apply for emergency funding for dealing with road repairs if they feel it’s needed; after the wettest winter ever recorded. Over 900 million pounds has now been made available so far in 2014, and the government has now made it clear that they want the latest repairs to be completed by the summer; with councils required to publish their work online. It would appear though, that plenty more will be required to truly deal with this increasingly prevalent problem.

Join our Wheelie Good Guys mailing list for more Tour de France and cycling news, as well as competitions, reviews and much more