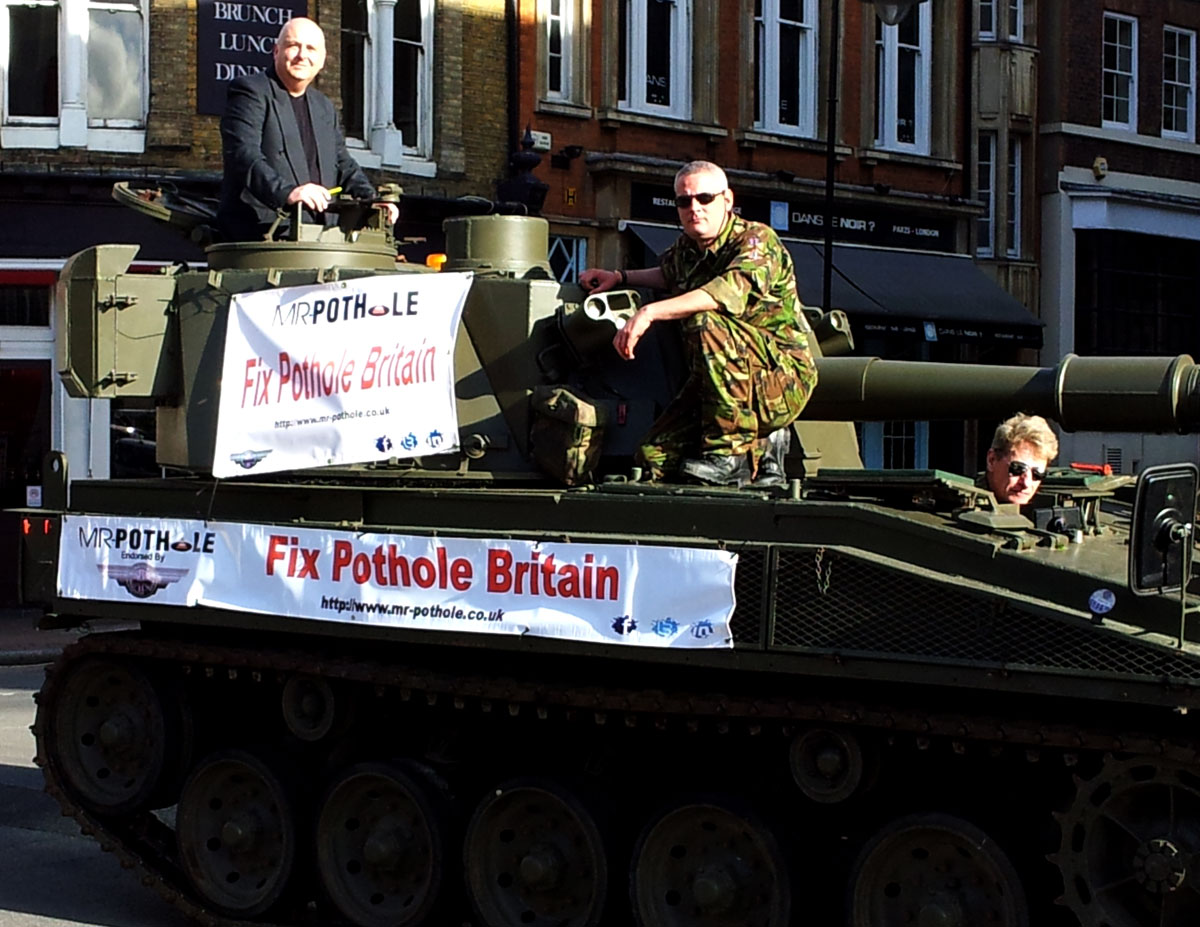 Potholes are causing nightmares for UK road users. The state of our roads is at crisis point, with little sign of significant improvement. Wheelie Good Guys have already brought you plenty of articles and a number of surveys surrounding the matter. Now, through interest generated by the Wheelie Good Guys site; we are delighted to be able to bring you an exclusive interview with the most famous pothole campaigner in the whole of the UK – Mark Morrell – otherwise known as Mr. Pothole himself.

Mark has campaigned for nearly a year towards improving the state of roads in this country; and is incomparably passionate about reversing the current decline of UK roads. He is also immeasurably knowledgeable about road structures and reinstatement; thanks to an award-winning career working for a major utilities company, spanning 25 years. He is now retired – although you wouldn’t know it with the amount of campaign work that he regularly carries out. Interest in the work of Mr. Pothole has sky-rocketed; leaving Mark with little time to do anything else.

Mark was incredibly receptive when I approached him with regards to talking to the Wheelie Good Guys; and couldn’t have been more delighted to talk to me about his campaign: “One thing I have learned is that there is no such thing as bad publicity,” Mark tells me. “The more groups doing work (to help eradicate potholes) the better – it’s a problem that is not going away.”

‘No Politics – It Needs Sorting Out’ 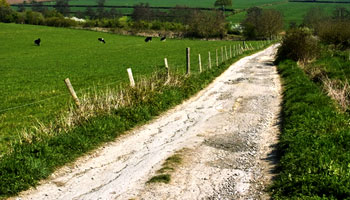 Mark speaks genuinely and is immediately friendly; but he is also evidently very driven in his mission – the Mr. Pothole campaign. His enthusiasm with regards to finding an effective resolution is infectious. It is clearly obvious why he has been so successful in his campaign. He cuts through the veil often spun in an attempt to draw focus away from the matter and keeps his message simple – “No politics,” he says. “It needs sorting out.”

Public passion surrounding his campaign has exploded over the course of the past year, reaching unprecedented levels. Interest from the press and chatter through social media has combined together, catapulting the interest originally generated to incredible new levels.  Mark openly admits his surprise at quite how the campaign has progressed:

“I originally thought okay; let’s give it about 6 months; but it (the Mr. Pothole campaign) just went through the roof,” he says. Has it been overwhelming? “It’s just been the most surreal experience ever. I could never have envisioned this when it started out.”

‘Could You Get Behind It?’

“I began with a small Facebook campaign. After regularly reporting potholes to the police and feeling that this simply wasn’t good enough, I started to think – I shouldn’t have to be doing this.”

Mr. Morrell is based in Brackley, Northamptonshire; and it was here that the campaign begun: “I started with the Brackley Potholes campaign; where I live. Interest got generated to the local media and the newspapers. It was my idea and I funded it with the simple message – Could you get behind it?” As he quickly found out – people could.

The Mr. Pothole campaign has been designed to reverse the current decline of roads in the UK, through the various means Mark uses to raise awareness of the issue. The idea is to question council’s on their criteria for works and challenge them about those matters. With a substantial lack of funding for pothole repairs and road maintenance in the UK; Mr. Pothole is also asking questions of the government with relation to the inadequate funding being given to solve the rapidly declining infrastructure of one of this country’s key assets.

‘100 Billion Pounds to Fix With Inflation’

Social media has played a key role in the success of the campaign so far, providing a platform to raise awareness of it; whilst also generating further interest: “The establishments don’t like social media,” Mark says with determination. “In the old days it was just a little news article – now it’s so much easier to share; and harder to ignore. There’s such a national problem with roads – with the reduction of money spent the interest is growing. With everyone having access to social media, the establishments have to engage on Twitter.”

And engage they need to. It was recently estimated that the road epidemic in England & Wales would cost 12 billion pounds to fix. That stratospheric sum though isn’t even close to being realistic; according to Mark: “The costs are increasingly being ramped up,” he says. “If you include the whole of the UK and all aspects of OUR ROADS it is more like £15-20 billion.”

“If government do not face up to it soon, in ten years time realistically it’s going to cost 100bn pounds to fix with inflation.”

Mr. Pothole doesn’t just throw these figures around as loose estimates – his research is thorough and his knowledge is extensive: “I’ve done my own research with relation to Freedom of Information of all the councils’ work and their calculations,” Mark enthuses. “I’m always dubious about figures given to me because of vested interests, so I wanted to do the research myself.”

Better Spending of the Money Available

This was also an effective way of dealing with councils who Mark feels would avoid communicating accurate figures directly to him: “I looked back at parliamentary papers from the past decade or so. There was a recent plan by a Labour minister which stated that the road problems in England & Wales could be solved by 3.75 billion pounds of funding over a ten years. That never happened and the latest government figure is estimated at 12 billion pounds (to solve the problem)”.

Like many others, Mark appreciates that there isn’t always the required funding available. Yet he feels that the relatively small sums – in comparison to the actual figures needed to solve the problem – could be being spent far more effectively: “How can they justify a new rail link when there are these far more pressing problems in other areas,” he says. So the money could be spent far better? “Exactly”.

It’s a fair point. Whilst the newly proposed rail link would solve some problems, the roads are already there – and they’re covered in potholes that desperately need fixing. Our recent UK roads survey highlighted that many members of the UK public feel that potholes have been responsible for serious injuries or damages to equipment. So surely the roads must take priority. It is a problem that sums up exactly how important the Mr. Pothole campaign is.

Come Back Next Week for the Second Part of Our Exclusive Interview!

Come back to the Wheelie Good Guys next week to see the second part of our exclusive interview with Mr. Pothole! In it; Mark will discuss a number of topics, including:

– How the campaign has progressed

– His plans for the future