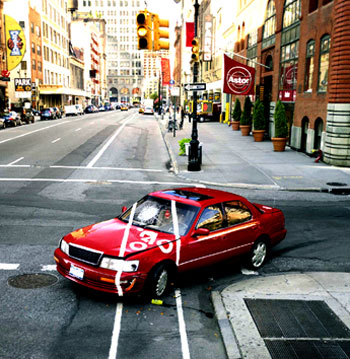 Fatalities and serious injuries to pedal cyclists in the UK are on the increase by ten percent and four percent respectively; according to statistics recently provided by the Department for Transport. This goes against the trend of decreasing casualties suffered by road users for all other forms of transport, and shows that more needs to be done to make pedal cycling safer in the UK.

This can be achieved through studying data such as that presented by the Department for Transport, to help ourselves to better understand the primary causes of accidents involving cyclists in this country. Possessing this knowledge can then help us to take measures to ensure that our roads become safer places to cycle.

To evidence this, 2012 statistics showed that ninety-three percent of collisions that caused cyclists to be seriously injured or killed were as a direct result of a collision with another car. Twenty-five percent of those accidents involved the related vehicle contacting the rear of the cyclists’ bike. This suggests that motorists aren’t giving cyclists enough room on the roads, and provides a sound argument on which to base one argument for raising awareness of cycling safety. 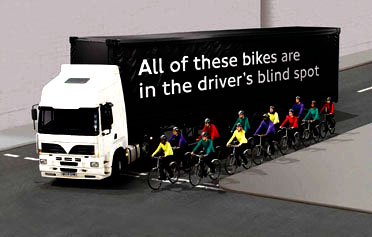 It is just one example of how invaluable it can be to study road statistics and use them as a platform for making our roads safer. Such data also reiterates the need for you as a cyclist to be so careful with relation to the actions of other road users, as well as your own.

These ideas were put into practice by the recent government ‘THINK! Cyclist’ public communications campaign which works in partnership with Transport for London. The campaign puts into practice the concept that using a series of tips founded through statistical data can help educate and remind drivers and cyclists about the safest ways to drive and ride.

The campaign has been extended to run in five cities across England where the number of cyclists killed or seriously injured is at its highest point. These are Birmingham, Bristol, Cambridge, Leeds and Manchester. Its key messages include encouraging drivers to look out for cyclists at junctions and imploring cyclists to ride centrally on narrow roads.

Join our Wheelie Good Guys mailing list for more Tour de France and cycling news, as well as competitions, reviews and much more