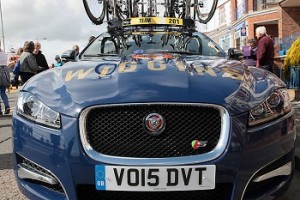 With the Tour de Yorkshire 2015 having been a rip roaring success, the 2016 route has been announced and, for those of you that haven’t already heard or read about it, we wanted to share it with you.

The Tour de Yorkshire 2016 is divided in to three stages to cover a whopping 320 miles of incredible Yorkshire scenery, as cyclist ride across this glorious county.

Starting on 29th April, the race will begin in Beverley, East Yorkshire, where the riders will parade around the town before heading to the official racecourse starting line for their big race to begin.  From there, they will be heading through the Wolds to Tadcaster, past Wetherby in to the Yorkshire Dales, where the cyclists will have a challenging climb to the summit of Greenhow Hill.  But from there, it is all downhill for the rest of the first day, as the riders descend from Grassington to Gargrave, before heading along to the A65 to Settle to the first day finish.

Stage two is aptly named number two, as it has got us excited for two reasons – firstly, because it is starting in Otley which is the hometown of Olympic cyclist and 2014’s Otley Grand Prix winner, Lizzie Armitstead and secondly, it is exciting because it will be the first time that both male and female cyclists have ridden the same route together.  This very exciting Saturday stage takes cyclists past Harewood House, looping Leeds where speed can be obtained and then heading south to Pontefract and in to South Yorkshire to finish their middle day of cycling in Doncaster.

The third and final stage begins in Middlesbrough, North Yorkshire, taking riders on a tour of multiple market towns, including Stokesley and Northallerton.  After this, riders will be cycling from Thirsk to Sutton Bank via the national park over the moors to Whitby, before ceasing their three day bicycle ride on Marine Drive, Scarborough.

Whether you are a professional cyclist or whether you would like to enter the mass-participation “sportive” race along the same roads as the Tour de Yorkshire, it is open to everyone on the third day.  So you could be riding with the 140+ professional riders, including Olympic champion Sir Bradley Wiggins.  On the other hand, if you do not fancy cycling but would like to offer your support to those that are, then please feel free to do so, but make sure you go early to get your viewing spot!  Last years race was watched by over one million people, bringing £50m into Yorkshires economy which will hopefully be replicated again this year.

Wheelie Good Guys and You

The aim of Wheelie Good Guys is to provide you with cycling news which we think is both important and interesting for you to read.  Whether you are an experienced cyclists or new to cycling, we want to get you cycling and keep your keen!  Once again, we would like to say a big thank you to our sponsors Love2Date for their continued support, enabling us to help single people with the common interest of sport to meet each other.