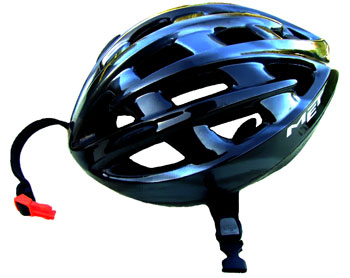 We recently asked Wheelie Good Guys readers to share their views with regards to the contentious topic of helmets for cyclists becoming a legal UK requirement. The subject matter splits road users throughout the country; with petitions for and against the legality of cycling helmets constantly in play.

Today (9/4/14) saw the closure of one such e-petition on the ‘direct.gov’ website entitled ‘Please make cycling helmets a legal requirement’. Over 12,000 signatures were received – providing evidence of the interest that the subject matter generates. Opinion was immediately divisible throughout respondents to our ‘Making Helmets a Legal Requirement’ survey. Although our readership is primarily the cycling community; opinion was fairly divided on questions surrounding the topic.

25% felt that it should be a legal requirement to wear a helmet when cycling, whilst 75% percent felt that it shouldn’t. Those in favour of the legal enforcement of helmets cited ‘experience of an accident on a cycle’ and ‘rider safety’ as reasoning for their views. Those on the other side of the fence felt forcing cyclists to wear helmets ‘will not improve safety one iota’ and stated the loss of ‘freedom of choice’ as arguments to counter those in favour.

Arguments on Both Sides

Whilst some taking our survey felt the subject matter discussed presents a ‘moot’ argument; the e-petition with over 12,000 signatures remains open to the public and will be considered for debate by the Backbench Business Committee if 100,000 signatures are reached.

It may be unlikely that any laws surrounding the subject matter are changed any time soon, but there are people up and down the country consistently fighting the arguments on both sides. An e-petition on the same site ending in August recently started as a counter-petition to ‘Keep the use of cycling helmets optional’. 307 signatures have already been given. 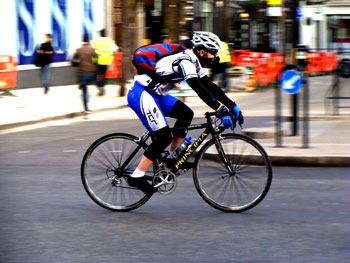 The subject of children being forced to wear helmets brought a different sort of response. 100% of people taking the survey felt that in some situations at least it should be a necessity. 50% of those felt that this should always be the case.

Only 13% of people felt that being forced to wear a helmet would encourage them to cycle; with 50% of respondents stating it would discourage them and 37% not having an opinion either way. Those that felt being forced to wear a helmet would discourage them to cycle on UK roads felt they were ‘capable of making their own decision’ and that ‘it’s not always convenient’. Others felt ‘bad/dangerous driving’ presented ‘the real source of danger’ and that enforcement would ‘lead to unnecessary expense’.

Interestingly, whilst a greater number of people were against the legal enforcement of helmets; respondents felt differently surrounding the topic of encouraging others to wear a helmet when cycling. 60% said that they would encourage fellow road cyclists to wear helmets, which goes against the trend of opinion surrounding their own safety.

Join our Wheelie Good Guys mailing list for more Tour de France and cycling news, as well as competitions, reviews and much more – you’ll be Wheelie glad you did!!!