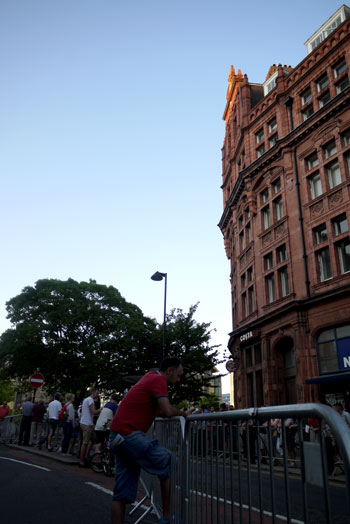 Make sure you’re in Sheffield city centre this week for the latest Sky Ride event – a free-to-enter day of traffic-free cycling around Sheffield. With plenty of cycling-themed things to try out along the way – including a ‘Tricks & Tunes’ area and a ‘friendly Bike Café’; there’s sure to be plenty to do on the day to make this a popular family outing

The event will continue to raise the profile of cycling in Sheffield; following the recent successes of the 2014 Tour de France and British Cycling Sheffield Grand Prix in the city. Interest in cycling has never been so high; and events like Sky Ride should only see it grow further.

Connect With Us Via Social Media

Wheelie Good Guys will be at Sky Ride Sheffield; and we’d love to hear from locals getting involved on the day. You can tweet @jamesloxley1 to share your photos/personal accounts of the event.

We’re heavily involved on social media; and you can interact with us across a number of platforms:

Follow us on Twitter and Connect with us on Google Plus to join in with discussion on a number of cycling topics.

By encouraging family friendly days such as this, events like Sky Ride can help encourage the next generation to take up cycling; which is beneficial on a number of levels. It will hopefully lead to forced improvement of cycling infrastructure in UK cities; whilst also encouraging young people to exercise.

Sky Ride host traffic-free rides along designated routes in cities throughout the UK; and always receive plenty of interest in their organized cycles. Last Sunday, more than 15,000 people took to the streets of Manchester for an extremely successful day of cycling up north.

Recent Success in Manchester and Newcastle 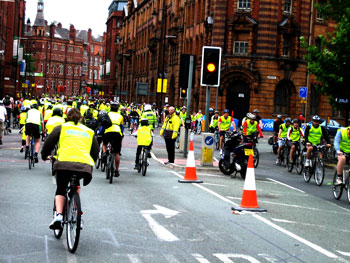 A number of local landmarks were frequented by the closed-circuit route; including Albert Square and the National Cycling Centre. That followed an extremely successful Sky Ride day in Newcastle the previous day; where over 10,000 people attended.

The interest that the events are generating can only be a positive for improving the profile of cycling within the UK. With cycling infrastructure becoming an ever more popular topic of political discussion, events like Sky Ride help to showcase the scale of cycling interest in this country; which can help to present a sound argument that there is a need for change.

Increase in Spend on Cycling Infrastructure

It was only last month that The Guardian published an article surrounding a call from a cross-party group of MP’s to increase spending on cycling infrastructure to at least £10 per person by 2020. The House of Commons transport committee report called for ministers to show more active political leadership on the matter.

It went on to detail that any new infrastructure projects should encompass safe cycling. According to The Guardian; only 2% of trips in the UK are currently made by bike – a tenth of the amount in the Netherlands. That would surely rise if there were better cycling safety measures in place in UK cities. 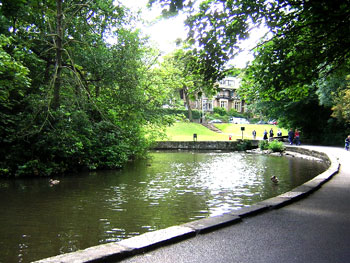 The Sheffield route will be open from 11am-3pm; and moves from its starting point at Devonshire Green to Endcliffe Park, Tudor Square, Ecclesall Road and Bramall Lane. There’ll be two free bike pumps – at Fitzwilliam Street and Hunters Bar – to help those who may need to give their tyres a boost throughout the day.

You can register to take part in the event for free now via the goskyride website; with the first 1,000 entrants receiving a limited edition gift on the day. Anyone participating in Sky Ride Sheffield will also be entitled to a free expert bike check worth £14.99 at Halfords. (Information taken from goskyride website)

Championing the UK as a Cycling Nation

Hull, Leicester, Ipswich, Liverpool, York, Hull and Bradford will also play host to Sky Ride events over the next seven weekends; and should help to champion the UK as a cycling nation.

Will you be attending Sky Ride Sheffield? Send us your images and they could be published on the Wheelie Good Guys site. We’ll also be interested in hearing people’s personal accounts of the event, and whether they would deem it a success. You can contribute in our unique forum; or get in touch via james@wheelie-good-guys.co.uk