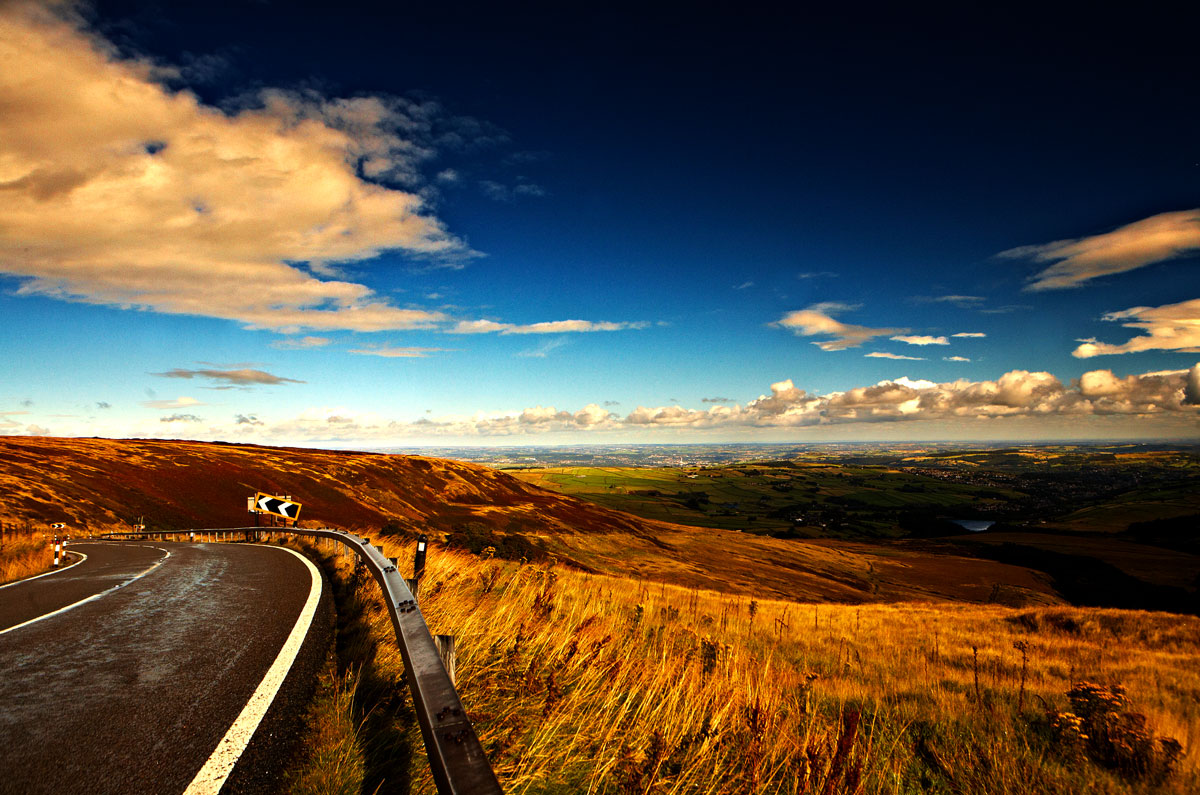 Excitement generated by the Tour de France continues to increase, as this world-famous cycling event draws ever closer. Last week the Wheelie Good Guys brought you part one of our extensive guide to the Stage 2 route of the Grand Depart. The first half of the guide covered the route from York to Mytholmroyd.

This week, we’re taking a look at the remaining half of the Stage 2 route; which climbs from Rippoden, out through the Peak District, and down into Sheffield. Our guide aims to take a more detailed look at some of the key places along the route; whilst also informing readers of the expected arrival times for both the competing cyclists and the Tour Publicity Caravan in each of the places we covered.

Ripponden Climb – Cyclists from 14:04/Tour Caravan from 12:22
Situated in the Ryburn Valley of Calderdale, Ripponden will provide fans with a great viewpoint for the race. As the race passes through the village, it will then reach the Ripponden Bank climb – providing competitors with the next grueling incline to navigate along the route. This section of the route may provide the first temporary cracks within the peleton.

This climb will go as far as the Ainley Top motorway junction; and is around 2.5km in length. It will begin in the residential streets of Greetland, before passing by Elland Golf Course and Blackley Baptist church. With a height of 225m at its summit, the Greetland Climb is another fantastic place to view the Tour race.

Huddersfield – Cyclists from 14:18/Tour Caravan from 12:37
Huddersfield is a large market town in the Metropolitan Borough of Kirklees; and is a city with long-standing sporting traditions. Approximately halfway between Manchester and Leeds, it will provide an excellent location for fans to base themselves for the race. One of a number of official designated Spectator Hubs will also be based here, in St. George’s Square.

This picturesque location is incredibly popular with lovers of walking and wildlife. It is also the renowned location of the classic TV show ‘Last of the Summer Wine’. At the end of this section of the race, the route will reach the Eastern corner of the Peak District National Park – and the edge of the Pennines.

Holme Moss Climb – Cyclists from 14:49/Tour Caravan from 13:12
This next climb along the route will include the 2nd highest point for the Tour de France route in England. The Holme Moss climb will draw huge crowds, as it provides an excellent viewpoint to see the peleton climbing up the valley. It will also provide another stern test for competitors. This particular climb has a reputation as one of the most daunting climbs in the entire of Great Britain.

The route will pass through the farming village of High Bradfield, about 7 miles from Sheffield city centre. Bradfield itself will play home to an event called ‘the Steel Stage’, which is being touted as a great place to camp and celebrate the festivities of the Grand Depart. Upon leaving High Bradfield, there will be a height gain of 93m as the climb progresses from start to finish.

Oughtibridge Climb – Cyclists from 15:46/Tour Caravan from 14:14
Known locally as the ‘Jawbone’, this climb will provide a short but fierce ascent for competitors. The steep gradient will slow riders down as it reaches a maximum 15 percent, providing fans with a great place to see the riders pass by more slowly. The steepest section of the climb is actually at the base of the hill, ensuring a climb that drains the riders’ right from its starting point.

Grenoside – Cyclists from 15:47/Tour Caravan from 14:16
As the tour route begins to move through the suburbs of Sheffield it will enter Grenoside. This area will provide fans with the first proper suburban section from which to view the race as the rolling hills of the Peak District are left behind.

Whilst this may not be the most beautiful of places from which to view the race, it is sure to be one of the most crucial. The crushingly steep 33 per cent maximum gradient will see the peleton slow excruciatingly. As a result, there may be no better place to witness the world’s greatest cyclists as they travel along the route. The area is sure to be packed come race day.

Sheffield – Cyclists from 16:14/Tour Caravan from 14:46
The finale of Stage 2 will see the cyclists finish at the Sheffield Arena. As the UK’s first city of sport – with historical sporting roots entrenched within – there could be no better climax for the second section of the Grand Depart. As one of the greenest cities in the country, Sheffield is sure to be absolutely teeming with fans come race day. There is so much to see in the city itself; from the beautiful Winter Gardens to the beautifully sculpted new train station design, ensuring that those who base themselves here for Stage 2 will not leave disappointed.