We’re now past the halfway point of the Tour of Britain; and the peloton is beginning to take shape. Liverpool, Llandudno, Worcester and Bristol have all been visited by those competing in 2014’s Tour of Britain Cycling; with plenty of interest drawn from the cheering crowds.

Four more days of racing remain, with the finale in London this Sunday. Residents of Bath, Brighton, Exeter and a number of other locations on route can look forward to plenty more exciting racing; with many more surprises expected. Before that though, here’s our halfway report: 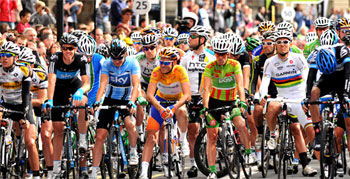 The first stage of this year’s Tour of Britain was set to see an exciting showdown between Marcel Kittel and Mark Cavendish; but a crash for the Manx Missile left the German to cruise to victory. In a similar fashion to the first stage of this year’s Tour de France, Cavendish suffered a crash; which saw him collide with a car and fall to the ground.

Unlike in the Tour de France however, he was able to recover to finish the stage. Third place could be considered as a decent result given the circumstances, although he was disappointed not to be able to give the crowd the battle they craved. Although he made enough ground back to contest the sprint, Kittel was too far ahead of him to catch.

After the race, Cavendish said: “I was behind a car. Someone had to stop for a puncture, so the car slammed on its brakes, and there was an island in the road. If I went right, I would hit a traffic island, so I went left and I whacked another car.

“I hit it with my left leg and I was down on the road. I immediately felt a lot of pain on my quadriceps. I still got third, but it’s a shame because I really wanted to try and win in front of the British public.”

The day saw the competing riders cheered on by thousands of supporters lining the streets of Liverpool. The stage saw 8 laps over a total distance of 104.8km; with the Grand Depart from Liverpool’s Waterfront and the finish by the Royal Liver building. There was also a Sky Ride on the day in the city; which helped combine to make a successful day of cycling for Liverpool. 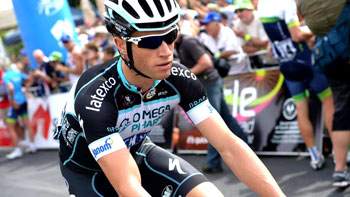 Mark Renshaw took the general classification lead from Marcel Kittel with an exciting sprint victory at stage 2 in Llandudno. The Omega Pharma Quick Step rider was given the green light to challenge for a stage victory by his team; with Mark Cavendish still recovering from his first stage crash after being taken to hospital following the initial stage.

Renshaw said after the race: “It was a great stage and a great victory. It’s always good to win and I’ve already had some victories in the Tour of Britain, so I am very happy. It’s great to be in yellow. It’s a bonus.

“We came here to work for Mark Cavendish. He had a really bad crash yesterday and he is just trying to recover at the moment, so he gave me a chance and the guys rode for me.” Following the race, Cavendish managed to remain fifth in the overall classification; whilst reigning champion Sir Bradley Wiggins saw himself emerge 10 seconds off the lead. 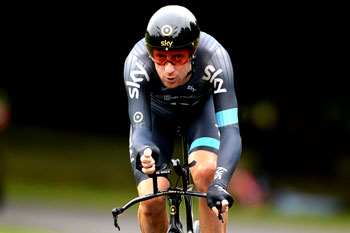 A third stage and a third new leader in the general classification; as Italy’s Edoardo Zardini claimed a summit finish on The Tumble. Sir Bradley Wiggins finished fifth to rise to the same position in the overall classification, although he was left 24 seconds adrift of Zardini in the overall standings.

Wiggins saw himself dropped by the main chase group with around 2km remaining; but Team Sky team-mate David Lopez hauled him back in to contention to see him finish 14 seconds off the lead stage time set by Zardini.

The Italian said afterwards: “It’s a fantastic day for me and the team. I attacked on the bottom of the climb and I was still strong at the end. Thanks to the work of the team. This is the most important victory of my career, in this fantastic country. I am really happy.”

The 179.7km stage saw the peloton travel from Newtown to the The Tumble; with plenty more fans turning out to cheer on their favourite cyclists. 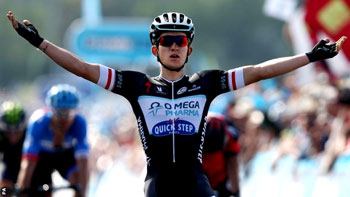 Michal Kwiatkowski claimed the stage from Worcester to Bristol thanks to a carefully calculated assault at the finale. The 184.6km’s of racing saw plenty of challengers make dart for victory, but it was the Pole who emerged victorious.

Sir Bradley Wiggins hopes of retaining his title were damaged in the process; and he seemed fairly downcast afterwards: “I’m still up there but on paper first place has gone now. I can’t see myself getting 27 seconds on Kwiatkowski but the podium is only 12 seconds away and it’s not over to the end.

“I wouldn’t say (the overall classification) is over because finishing up there as the defending champion is important. You have to be in there to try and win it, which I am.” UK fans are still waiting for Wiggins to showcase his best form in the race; and with a few more days racing he still may have a chance. With different leaders in the overall classification following the finish of each stage, Wiggins can take plenty of hear from that unpredictability.

Remaining Stages in the 2014 Tour of Britain