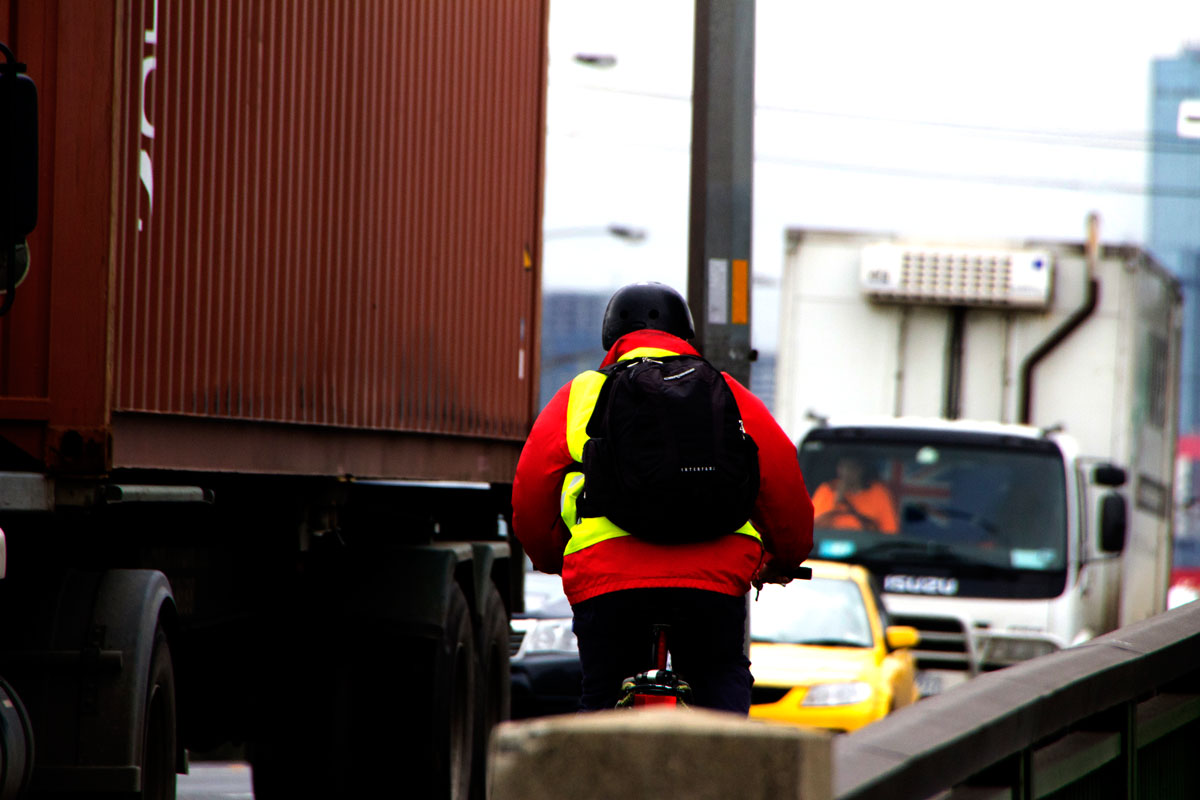 Two self-appointed safe cycling campaigners in London and York have continued a recent trend of angry cyclists uploading videos to the internet – in order to name and shame motorists; as well as careless pedestrians. Lewis Dediare – aka the ‘Traffic Droid’ – and the anonymous ‘Careful Cyclist’ have both received coverage in the national media for their recent efforts.

The actions of the pair come as relationships between cyclists and motorists continue to deteriorate. Whilst there are positive aspects to be taken from the work of the two individuals; there are also negative points to their actions – which could see a continuation of the divide between road users choosing different forms of transport.

Lewis Dediare has been using camera footage to name and shame drivers since 2009; when he was injured after being hit by a car which failed to indicate and drove into his lane. He broke 2 ribs and injured his back and hip in the incident and has been battling against poor driving ever since.

The 49-year old uses the unusual methods of a red card to issue his discontent when he feels he sees an incidence of bad driving; and a ruler to measure distance from cars. Even more surprising is his attire. Between his bike and helmet are 5 GoPro cameras; which record a mixture of forward and rear-facing images. They allow him to film his journeys to and from work in London each day; which see him accumulate around 2 hours of regular footage in the process.

Dediare keeps a laptop with him to allow the production of on the spot footage; and is extremely dedicated to the cause. He isn’t afraid to clash verbally with drivers and hold them accountable for what he feels are poor driving practices. He told The Telegraph that ‘I know it looks like I’m an obsessed person, but I’m not. I do it to protect myself. I’m trying to educate road users.’ 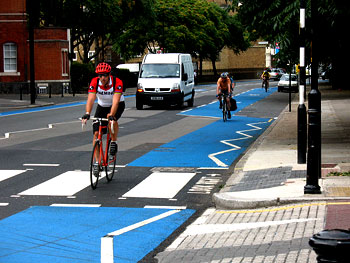 The telecoms supervisor appeared on Channel 4 programme ‘The Complainers’ this week; and claims that his footage is responsible for 3 to 4 road traffic violations per week. He is particularly set on holding accountable those who use their mobile phones whilst driving.

He does not exclusively target motorists though; and takes an interest in holding cyclists accountable that run red lights – an important factor for gaining support from all road users. With more than 11,000 cyclists fined for running red lights and mounting pavements in 2013, it is important that they as well as motorists respect the laws of the roads.

83% of UK Cyclists Own Cars

Interestingly – 83% of cyclists actually own cars, according to the recent National Travel Survey. This goes to show that the issues argued over by motorists and cyclists are not as clear cut as some people might think; and that actually an awful lot of cyclists do understand the perspective of motorists – as most of them double as one!

Whilst the ‘Traffic Droid’ primarily highlights poor road practice from cars and cyclists; another cycling vigilante – using the pseudonym ‘Careful Cyclist’ – has been uploading videos highlighting the reckless actions of pedestrians in York. The footage includes the individual nearly running down a number of members of the public. 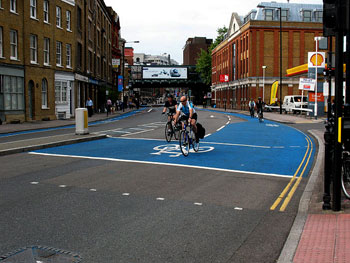 The cyclist – who refuses to reveal his own identity – claims to be uploading the footage to improve the awareness of the York public when they are crossing roads. Whilst the videos do show some bewildering behaviour from the public; the ‘Careful Cyclist’ has received criticism for apparently endangering the public – chiefly from cyclists themselves.

It is clearer than ever that cyclists and motorists need to work together to understand the opposite views that they often hold. Whilst the actions of someone like the ‘Careful Cyclist’ could be considered dangerous, the video evidence recorded by them does at least provide concrete evidence of the recklessness of pedestrians.

Similarly; the actions of the ‘Traffic Droid’ could be considered to be overly confrontational, but the work he does provides invaluable and conclusive evidence of abysmal road practices. Importantly; he also looks to target the negative actions of cyclists and motorists; establishing more credibility in the process as he is taking some middle ground.

It may be the case that if motorists were to use dashboard cameras to film the actions of cyclists; there would also be incidences of reckless action on the other side of the fence. Cyclists are often seen a negative light because of taking actions such as running red lights; and may find that if they adhered to the law more on this front they would gain more respect from motorists.

The best way to progress is to understand the perspective of both sides and find some middle ground. It should be widely accepted that there are cyclists and motorists that behave inappropriately on roads; and raising exposure of such behavior through methods such as recorded video can continue to be an important means to highlight poor road behavior.

Have you come across any vigilante cyclists where you live? What do you think of the current relationship between motorists and cyclists; and how would you improve it? Please get in touch with us via our contact form – we’d love to feature your views on the Wheelie Good Guys site and help publish public perspective on the matter.

None of the work that we do here at the Wheelie Good Guys would be possible without the kind sponsorship of Ian Brown. Ian is the UK Cycling Speedway Commissioner; as well as a personal injury solicitor for Wosskow Brown.